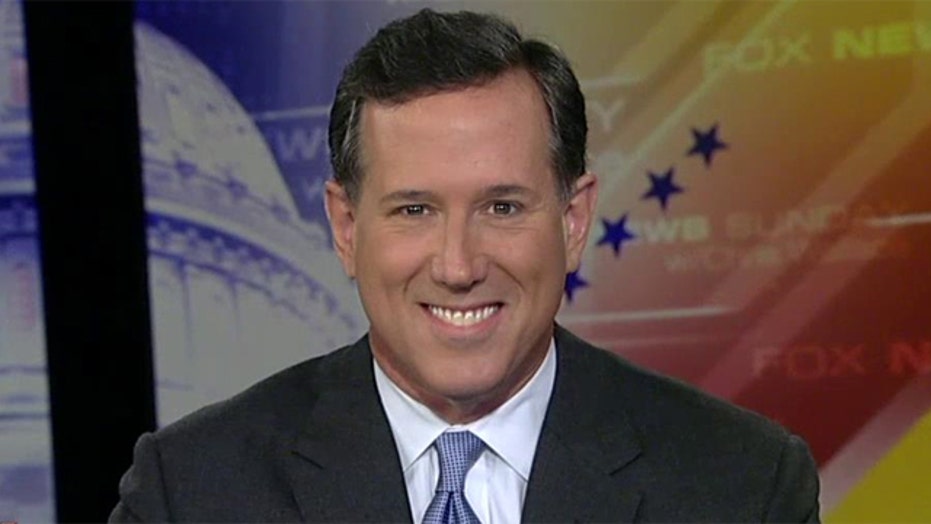 Republican presidential candidate Rick Santorum is poised to visit all 99 counties in Iowa by next week, as the 2012 caucus winner tries to recapture the energy from the last cycle and give a jolt to his struggling campaign.

The former Pennsylvania senator is set to reach his 99-county goal Sept. 1, with a campaign event in Lyon County.

"I feel very comfortable that the more people see us and understand ... our vision, experience, willingness to make the tough changes necessary to help this country, that we're going to win and we proved that four years ago," Santorum told Fox News.

This would be the second time Santorum has completed the so-called "full Grassley," in reference to longtime Iowa Sen. Chuck Grassley's practice of visiting constituents in all counties every year.

Santorum is set to complete the Iowa tour two months earlier than he did in the last cycle. But the achievement is overshadowed by his still-lagging poll numbers and relatively low turnout at some of his campaign stops.

At one widely reported event, only one voter showed up to hear from Santorum. Numerous other stops registered fewer than a dozen people.

"I knew when we came back on the scene that we'd have to start all over again." Santorum acknowledged. "We're re-introducing ourselves to the people of Iowa and the people of this country, and I feel very confident that when we do that, we'll be successful."

In addition to traveling to Iowa, Santorum's upcoming stops will include Louisiana, California, Wyoming and South Carolina.