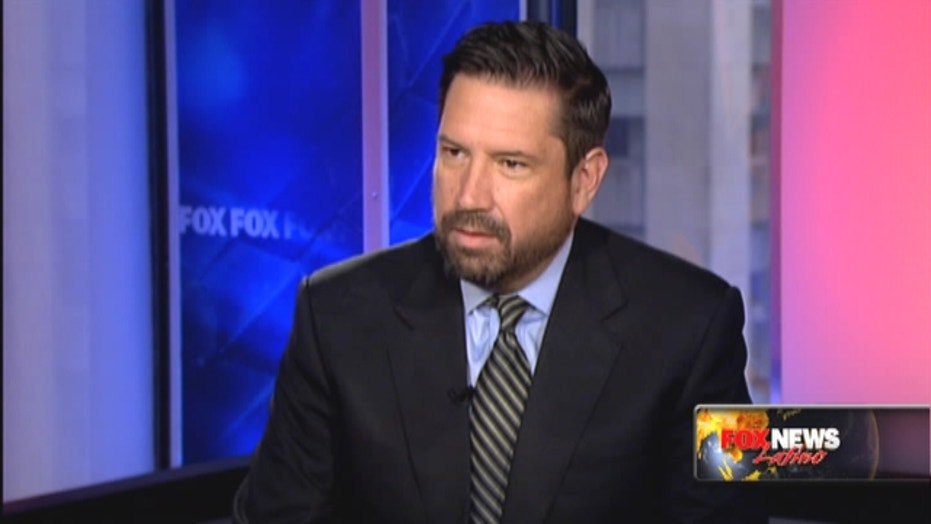 His sexual preference has nothing to do with his ability to lead, Gonzales says.

NEW YORK, N.Y. – Javier Gonzales was a two-time state Democratic Party chairman and a father of two daughters when, in 2013, he came out as gay.

Gonzales, a lifelong resident of Santa Fe, has deep family ties to the city, which means “Holy Faith” in Spanish.

It’s his youthful message that propelled Gonzales to a big victory last year. According to The Guardian, turnout among 18-24 year olds was 500 percent higher than in the 2010 mayoral election.

It was important that I not only came out for my kids but also for the community that I wanted to lead.

He is not only working to bring in more solar power to Santa Fe, he’s also looking to transform and create more “green office buildings” to make them more energy efficient. While he’s not working on that, he’s boasting about Santa Fe, a city older than the United States, as a tourist and cultural bonanza.

The Mayor has also built a relationship with “Game of Thrones” author George R.R. Martin to attract more young people to Santa Fe. Martin, who moved to Santa Fe in 1979, has personally invested in the city by purchasing a one-screen art deco movie theatre and he also purchased a former charter school, which he turned into affordable artist studios.

Gonzales came out as gay two years ago via a blog post on Familia es Familia, a website dedicated to building “support among Latino communities for acceptance of gay and lesbian family members.”

“As a kid, I never considered a lifestyle different from that of my parents and theirs before me,” he wrote. “I thought I’d marry a local girl, have kids, and then grandkids. I tried my hardest not to be different, but the reality was I am, and I have a failed marriage to prove it.”

Gonzales now believes his coming out has revealed a lot about his community and about the changing Latino views on homosexuality.

“Santa Fe one is a place for everybody,” he told Fox News Latino. “I think for the majority of my life I thought I had to hide who I was. But when you have children and you want them to be true to themselves, you’ve got to be the parent who is true to themselves as well.”

And, he said, his sexual preference had nothing to do with his ability to lead.

“The focus is on what am I going to do for the city and how are we going to create solutions to real problems that we have,” he said.