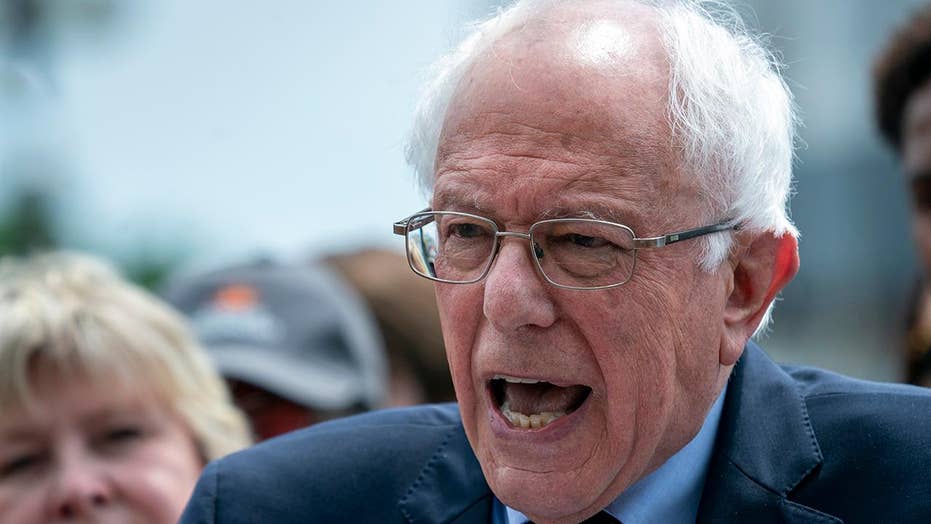 What happened to getting big money out of politics? The Heritage Foundation senior writer Kelsey Bolar reacts.

Some supporters of 2020 Democratic presidential candidate Bernie Sanders say they are seeing a repeat of the Democratic National Committee’s 2016 treatment of their candidate, according to a report.

These Sanders supporters claim the DNC leadership is giving preferential treatment to 2020 frontrunner Joe Biden, after the former vice president's surge in the polls, just as they did Hillary Clinton three years ago, the Washington Times reported.

The supporters of Sanders, a U.S. senator from Vermont, say they mistrust polls showing Biden holding a commanding lead over the 23-candidate Democratic field, and some say they may stage another revolt at the party's 2020 national convention in Milwaukee, just as they did in Philadelphia in 2016, if Biden gets the nomination.

Laurie Cestnick, a Sanders supporter who founded Occupy DNC, told the Washington Times they’re frustrated that the mainstream media doesn’t cover many of their candidate's events.

“The mainstream media and the DNC are colluding against the American people," she said. "That’s what it feels like. It’s the same thing all over again."

“The mainstream media and the DNC are colluding against the American people. That’s what it feels like. It’s the same thing all over again."

After the fracturing of the Sanders wing of the party in 2016, many Democratic candidates, including Sanders, signed a unity pledge saying they’ll support the eventual nominee. The DNC chairman has also adopted new rules to make the process fairer, including denying superdelegates a vote in the first ballot at the convention, the Times reported.