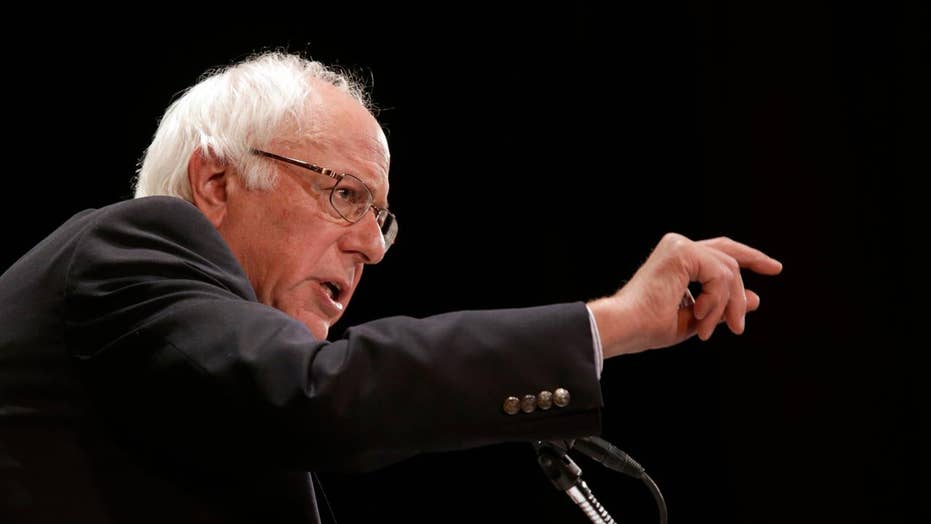 Sen. Bernie Sanders on Wednesday officially unveiled his single-payer health care bill, launching a campaign to pass it that already has exposed tensions in the Democratic Party – as 2020 presidential hopefuls rally behind the plan and congressional leaders hold back support.

The “Medicare for All” plan from Sanders, a Vermont independent and sage of the American political left, is backed by 15 co-sponsors. 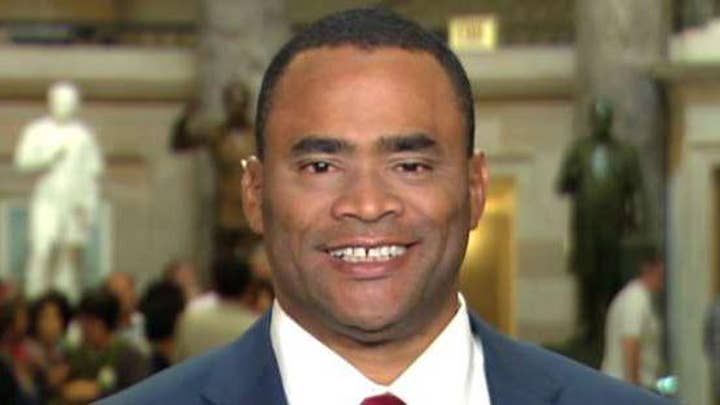 WHAT IS SINGLE-PAYER HEALTH CARE?

Sanders, though, downplayed the apparent divide his plan has created among Democrats, saying Wednesday the media like to talk about the politics of “who supports it and why and blah, blah, blah.”

“But that's not what the American people want to know. ... They want to know what we will do to fix the health care system,” he said.

“Today, all of us stand here before you and proudly proclaim that health care in America must be a right, not a privilege,” he said.

Among those who spoke was Warren, who attempted to bridge the differences in the Democratic caucus over the bill.

“We will not back down from our protection of the Affordable Care Act,” she said. “But we must go further.”

“I think that the president, as well as the majority of the country, knows that the single-payer system that the Democrats are proposing is a horrible idea,” she said. “I can’t think of anything worse than having government be more involved in your health care instead of less involved.”

The “Medicare for All” plan was released as Republican senators released competing legislation aimed at overhauling ObamaCare.

Neither has much chance of gaining bipartisan support, but Sen. Sanders’ plan is particularly problematic for his own party.

Both Pelosi and Schumer essentially say they have a more immediate concern of fixing ObamaCare and remain open to a range of long-term solutions toward improving the country’s health care system.

Pelosi, of California, told The Washington Post that she and others “embrace” any plan that provides affordable, accessible care to all Americans but “none of these things, whether it’s Bernie’s or others, can really prevail unless we protect the Affordable Care Act.”

Schumer, of New York, recently said he'll be reviewing the “many good” proposals from Democrats on improving and expanding health care coverage, according to Politico.

Sanders is calling for a federally run program that would provide Americans with no-cost, comprehensive health insurance -- covering everything from preventive care to prescription medications to eye examinations.

The Associated Press reports that the new legislation would let Americans get coverage simply by showing a government-issued card, and ensure they don't owe out-of-pocket expenses.

Unclear is how much the bill would cost.

The 2016 Democratic presidential candidate and self-described democratic socialist pitched a previous version of the plan by proposing to cover costs with tax increases on businesses and the country’s highest wage-earners.

At the time, he estimated the plan would cost $13.8 trillion over the first 10 years. But according to an analysis by the nonpartisan Urban Institute, the single-payer system would cost the federal government more like $32 trillion over the first decade, requiring an average annual tax increase of $24,000 per household. (That increase would be offset in part by a big reduction in private health care spending, and state/local government spending.)

Sanders' office has said the new proposal is different.

The battle-lines between Democrats on the issue appear to extend the disagreements from the 2016 race for the Democratic presidential nomination between Sanders and Hillary Clinton.

Progressive like Harris and Warren are backing the Sanders plan while some in the Democratic establishment appear unwilling to support legislation that dramatically increases taxes and puts the government in control of the country’s health care system.

Still, Pelosi insisted that the single-payer issue is not a “litmus test” for Democrats.

The legislation has little chance of passing in the GOP-controlled Congress.

On Tuesday, the National Republican Senatorial Committee bashed Wisconsin Democratic Sen. Tammy Baldwin, who is seeking reelection in 2018, for supporting the plan.

“After suffering through the disastrous results of ObamaCare … folks in Wisconsin deserve to know why Tammy Baldwin is putting them at risk to support the left’s radical plans for government-run health care,” said NRSC spokeswoman Katie Martin.

A similar plan failed this summer in California, among the country’s most liberal states, when House Speaker Anthony Rendon shelved the Senate-approved $400 billion proposal, arguing it had no funding plan.

The bill comes after several failed efforts to overhaul the Affordable Care Act.