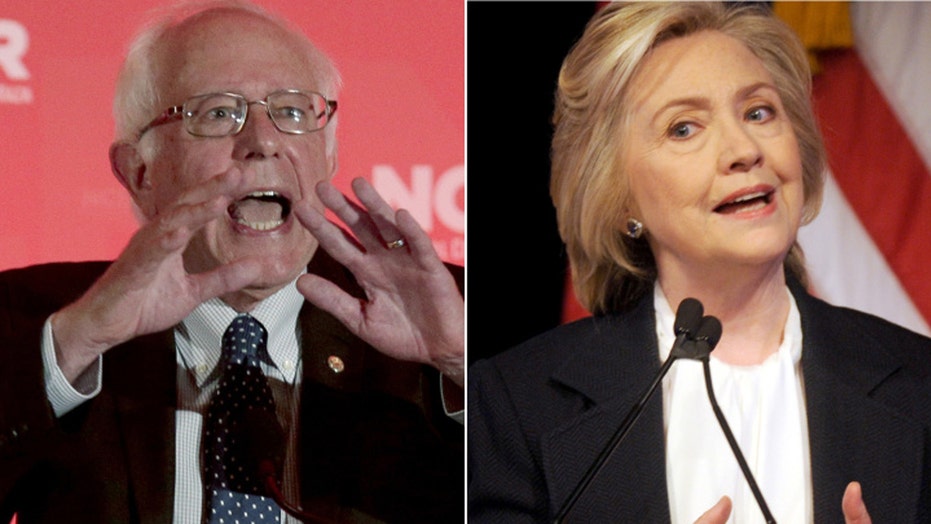 Insurgent Democratic presidential candidate Bernie Sanders nearly matched Hillary Clinton in fundraising over the last three months, according to figures from the campaigns, in the latest sign of trouble for the party front-runner.

Clinton, though, is having to work much harder for her fundraising. The bulk of Clinton's total came from fundraisers hosted by big donors across the country, many held in the traditionally Democratic treasure-chests of Manhattan and Hollywood. She raised at least $19 million from about 60 events where admission typically costs $2,700, the biggest donation allowed by law.

Sanders, meanwhile, is spending very little time crisscrossing the country for such fundraisers. Instead, the Vermont senator's total was fueled almost entirely by small donations, largely given online, underscoring the draw of his campaign among the grassroots of the Democratic Party.

The campaign has held just seven traditional fundraisers since launching at the end of April, said Sanders campaign spokesman Michael Briggs, compared with a total of more than 110 for Clinton over the same period.

Clinton's campaign nevertheless touted that it's pulling in a lot of small donations, and is on track to hit its ambitious goal of raising $100 million by the end of the year.

"Thanks to our supporters, we are able to meet our goals and build an organization that can mobilize millions of voters to ensure Hillary Clinton is their fighter in the White House," campaign manager Robby Mook said in a statement.

Clinton's total for the past three months marks a notable drop-off from the $47.5 million she raised during the previous fundraising period, despite a busy schedule of donor events and an active online push for dollars.

The sum is almost exactly what she brought in during the same period during her 2008 bid for the Democratic presidential nomination. But there's a key difference: In the previous campaign, she simultaneously raised money for the primary and general election, the latter of which she wasn't able to use after losing to Barack Obama.

This time, Clinton is raising only money for the primary election -- meaning she can use every penny in her bid to secure her party's nomination. The money is intended to fund the hundreds of staffers and massive infrastructure her team has placed across the country.

Aides said they were happy with the $75 million the campaign has raised so far.

The nearly $20 million decline is partially attributable to the typical summer fundraising slow-down. Some donors are also waiting to see if Vice President Joe Biden joins the race. In previous campaigns, Biden was not known as an aggressive fundraiser and should he enter this year, he would have to raise tens of millions in a matter of weeks just to catch  up with his primary opponents.

Sanders' campaign says it ended the latest fundraising quarter with more than $25 million in the bank. Clinton did not release the total amount in her account. But she's been spending money at a rapid clip, using up 40 percent of the $47 million in donations she had amassed by the end of June.

Sanders campaign strategist Tad Devine said the campaign had surpassed the pace that Obama set during the 2008 primary season in terms of sheer numbers of donors.

"For Bernie Sanders to get into this race on the 30th of April and to be raising almost as much money as Hillary Clinton is a significant achievement," Devine said.

Meanwhile, fundraising totals were beginning to trickle in from the Republican side of the race. Retired neurosurgeon Ben Carson, who lately has enjoyed a jump in the polls, reported raising more than $20 million in the three-month period that ended Wednesday and $31 million overall since he entered the race in May -- much of it from small-dollar donors or newcomers to presidential politics.

Fox News' Whitney Ksiazek and Serafin Gomez and The Associated Press contributed to this report.