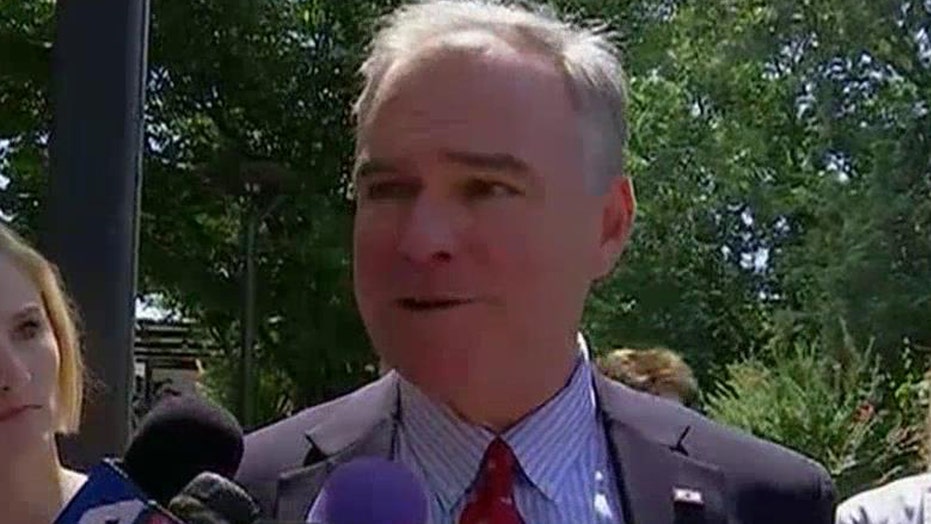 Bernie Sanders may have already endorsed presumptive Democratic presidential nominee Hillary Clinton, but the Vermont senator is more reluctant to give her running mate the stamp of approval -- and said Sunday he would have preferred seeing Elizabeth Warren on the ticket.

While Sanders served with Virginia Sen. Tim Kaine in the Senate, he said Sunday he would have preferred to see his Senate colleague from Massachusetts up there with Clinton.

“Tim is a very, very smart guy. He’s a very nice guy,” Sanders said on NBC's "Meet The Press." “His political views are not my political views. He is more conservative than I am.”

He said: “Would I have preferred to see somebody like an Elizabeth Warren selected by Secretary Clinton? Yes, I would have.”

Warren, a Massachusetts senator, and Ohio Sen. Sherrod Brown were among the more progressive leaders in the Democratic Party who were being considered for the job that ultimately went to Kaine.

A leftwing firebrand particularly popular with Sanders’ supporters, Warren has taken on the role of attack dog against Republican presidential nominee Donald Trump. That job, however, has often made her the target of Trump’s tweets, including one sent out Saturday morning suggesting that Warren “badly” wanted the VP spot.

Warren responded later in the day.

“I’m right where I want to be, @realDonaldTrump: Calling you out & holding you responsible for your reckless vision for America,” she tweeted.