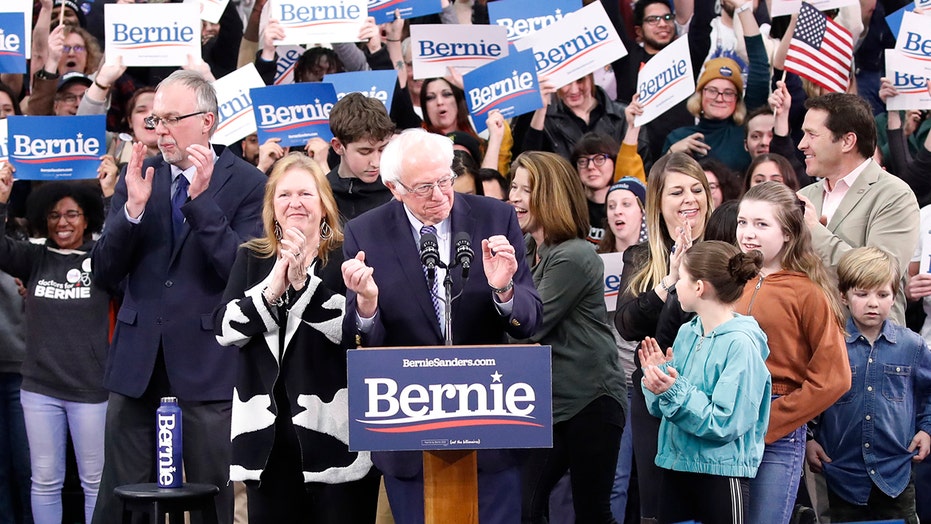 A triumphant Bernie Sanders said Tuesday night that his New Hampshire primary victory is the “beginning of the end” for President Trump.

Sanders took the stage in New Hampshire just after the race was called in his favor, with former South Bend, Ind. Mayor Pete Buttigieg trailing in second place, and Sen. Amy Klobuchar, D-Minn., coming in third.

“Let me take this opportunity to thank the people of New Hampshire for a great victory tonight and let me thank the thousands of volunteers in New Hampshire who knocked on doors in the rain, and the snow, and the cold,” Sanders said.

“This victory here is the beginning of the end for Donald Trump,” he added.

“What I can tell you with absolute certainty, and I know I speak for every one of the Democratic candidates is that no matter who wins, and we certainly hope it is going to be us, we’re going to unite together and defeat the most dangerous president in the modern history of this country,” Sanders said, while adding that, at this point, his campaign is “taking on billionaires” and “candidates funded by billionaires.”

BIDEN, WARREN WON'T GET ANY DELEGATES FROM NEW HAMPSHIRE

“It’s on to Nevada. It’s on to South Carolina. It’s on to win the Democratic nomination,” he said. “And together, I have no doubt, that we will defeat Donald Trump.”

“The reason I believe we are going to win is because we have an unprecedented grassroots movement from coast to coast,” Sanders said Tuesday night. “The reason that we are going to win is that we are putting together an unprecedented, multi-generational, multi-racial political movement from coast to coast which is demanding that we finally have an economy and a government that works for all of us, not wealthy campaign contributors.”