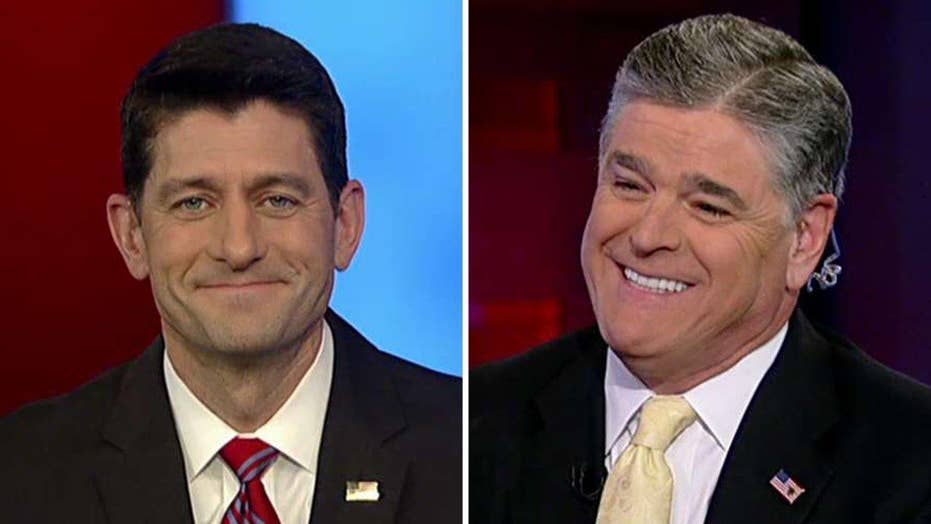 Paul Ryan: It's so exciting to tackle big issues with Trump

The Speaker of the House said Friday that while President-elect Donald Trump and him had previously had their differences, now their relationship is great, saying at the “end of the campaign we merged forces.”

In an exclusive interview with Fox News' "Hannity," Paul Ryan discussed meeting with the President-elect at Trump Tower earlier on Friday saying the two decided to “forget about any differences in the past” in order to look forward and focus on “personnel and policy.”

“We agree on the same goals, our agenda is one in the same,” Ryan said of Trump.

Ryan discussed his main focus during the campaign process saying his, “primary responsibility is to save House Republicans.”

“You got to know how exciting this is for us,” Ryan said while discussing having a unified Republican government. He added. “We’ve been fighting Barack Obama for 8 years.”

Ryan said they were going to focus on getting things done and discussing a plan to undo “the wreck and the problems” and how to “execute it.”