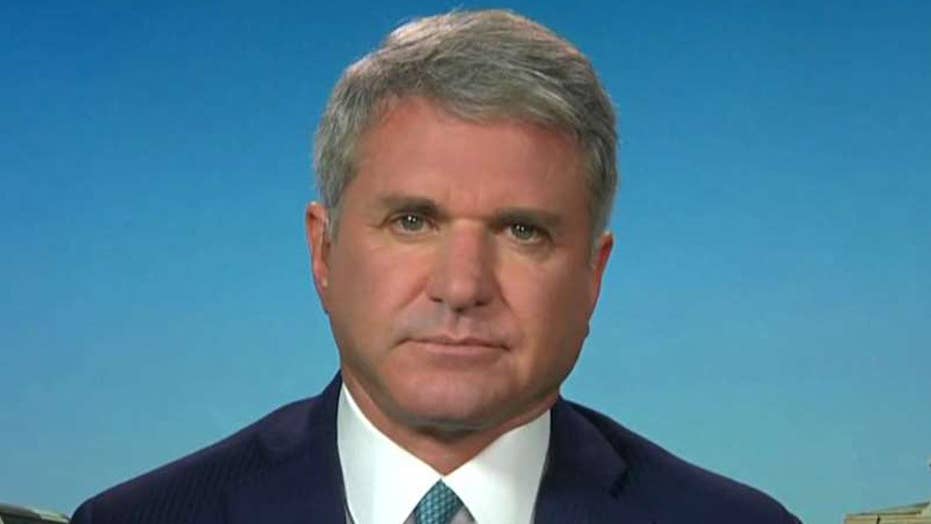 House Speaker Paul Ryan pledged on Wednesday to passing a "strong, bold" Russia sanctions bill even as President Donald Trump's spy chief voiced concerns over the legislation that aims to punish Moscow for meddling in the presidential election.

Sen. Bob Corker, chairman of the Foreign Relations Committee, urged the House to act quickly. He said "dilly dallying" over a constitutional issue that has slowed the bill's passage in the House has amounted to "a ridiculous waste of time."

"This is all doing nothing but helping Russia," said Corker, R-Tenn. "Every day that goes by around here, mischief can happen."

But separate comments from House Majority Leader Kevin McCarthy suggested the Trump administration is attempting to weaken the bill, which passed the Senate last month with 98 votes. McCarthy said CIA Director Mike Pompeo informed him that the Russia sanctions package would affect the "ability to do his work and his job, a few elements of it."

McCarthy, R-Calif., didn't specify what Pompeo was referring to. He also denied the White House is leaning on him to water down the Russia sanctions bill. Any attempts to alter the legislation would face stiff opposition from congressional Democrats and even a large number of Republicans because of their wariness over Trump's desire for better relations with Moscow.

Those concerns heightened following revelations that Trump's eldest son met with a Russian lawyer after being promised damaging information on Hillary Clinton supplied by the Kremlin.

The sanctions legislation, which also would hit Iran with new economic penalties, stalled in the House over a dispute that's led Democrats to accuse Republicans of seeking to shield Trump from rigorous congressional oversight.

"I don't believe that having the president's party in a position to protect him from any oversight is good policy for our country, and in fact it'd be dangerous for our country," Rep. Steny Hoyer of Maryland, the No. 2 House Democrat, said during his weekly news conference.

After the overwhelming Senate vote, the bill hit headwinds because of a constitutional requirement cited by the House GOP that legislation involving revenue start in the House. A fix failed to satisfy House Democrats, and Hoyer said he spoke to Ryan on Tuesday evening on a possible compromise.

If Ryan rejects the compromise, Hoyer said that would tell him that House Republicans "are in a protective mode, not a mode of assuring, as the Senate did, that we have significant oversight."

In the meantime, Hoyer said House Democrats on Wednesday would introduce the original Senate bill as House legislation, a move he said would settle the constitutional question.

But Ryan signaled that he prefers the amended Senate bill and he said House Democrats are responsible for the delay. He wants Democrats to agree on taking the final steps that are required to fully resolve the constitutional question. Ryan's office did not respond to a request for comment on Hoyer's proposed compromise.

Both Ryan and McCarthy said they've been told that U.S. companies have objected to the energy-specific sanctions in the bill, which oil and gas manufacturers have said could harm American businesses while strengthening the hand of Russian interests.

The American Petroleum Institute said late last week that the bill would expand a prohibition on U.S. energy companies from being involved in oil projects located in Russia to projects around the world that include Russian energy firms. In trying to punish Moscow, the group said, the bill could instead penalize major American businesses, potentially costing billions of dollars in jobs and economic activity.

But Corker and other backers of the sanctions bill have said those concerns could be addressed administratively and don't require significant alterations to the legislation.