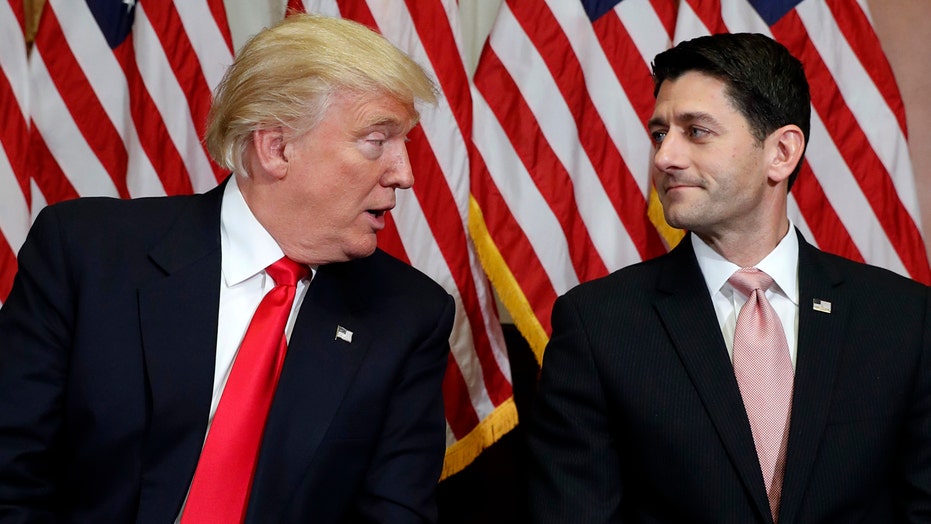 Speaker Ryan looks ahead to 2017 with Trump

Sources told Fox News that plans to restore some earmarks were on the verge of being approved by House Republicans in their closed-door conference meeting when Ryan intervened.

"We just had the 'drain the swamp' election," Ryan said, according to a senior House GOP source. "We don't want to turn around two weeks later and have earmarks."

Ryan added that the issue of earmarks should be debated in public and promised they would be revisited early next year. The Speaker received applause from his colleagues after he addressed them.

Rep. John Culberson, R-Texas, who co-authored one of the plans to restore earmarks, said he was "confident we can develop a method to handle directed congressional spending in a way that gives constituents confidence that their hard-earned tax dollars are being spent effectively."

Former House Speaker John Boehner imposed a moratorium on earmarks in 2011 after they became associated with boondoggle projects and corruption.

However, lawmakers say the moratorium has given power to "unelected bureaucrats" in the executive branch who now decide whether projects important to local districts are built.

"There's a sentiment that we've given away too much of our own power to the executive branch," said Rep. Tom Cole, R-Okla., a seven-term veteran and ally of both Boehner and Ryan.

Asked about President-elect Donald Trump's campaign pledge to "drain the swamp," Cole replied that the swamp "must be in the executive branch," because voters "didn't change much in the legislative branch," where Republicans maintained control of both chambers.

Rep. Steve Scalise, R-La., the third-ranking House Republican, said that under President Barack Obama, executive-branch officials "are writing rules and regulations that are having a negative impact on our economy. It's time to restore that balance and frankly return that power to the people of this country."