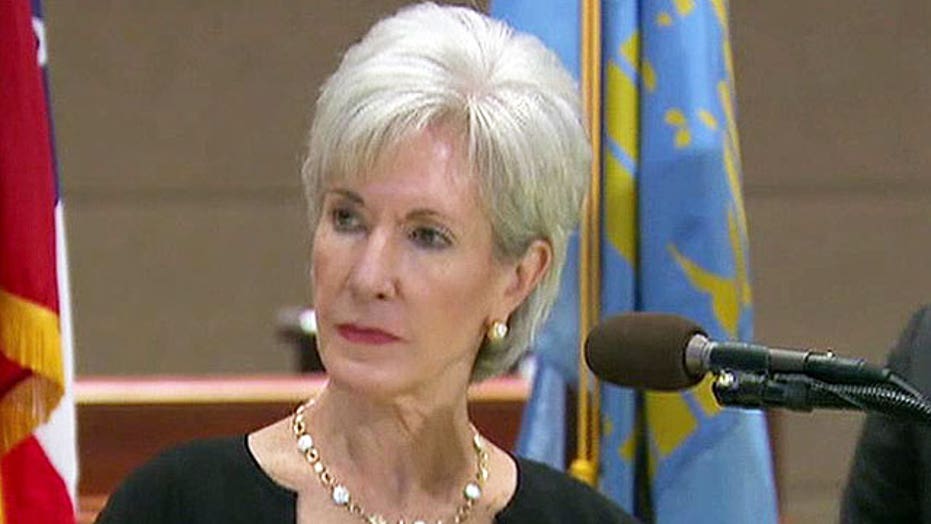 Is the White House throwing Sebelius under the bus?

Health and Human Services Secretary Kathleen Sebelius has repeatedly rebuffed requests by House Budget Committee Chairman Paul Ryan to testify on ObamaCare implementation, Fox News has learned, raising more questions about what the administration knew about problems with the site in advance of the troubled launch.

Republicans earlier had complained that Sebelius was not available for an Energy and Commerce Committee hearing set for Thursday. But, after her office cited a scheduling conflict with that date, the secretary is now expected to appear before the committee next Wednesday.

The decision comes as the HealthCare.gov site's failures have attracted widespread attention, and demands from President Obama to fix them. Yet Ryan, R-Wis., began asking Sebelius to appear before the House Budget Committee well before the rocky launch on Oct. 1, in order to provide more details on how the law would be implemented.

Ryan first reached out to Sebelius’ office on Aug. 15, asking her to testify on Sept. 11. HHS staff indicated to Ryan the secretary would not be available.

In another letter on Aug. 22, Ryan asked Sebelius to provide an organizational chart of the department’s implementation efforts. The letter also asked that the HHS produce a list of the offices involved in implementation, the number of full-time employees involved, and all relevant spending items.

Ryan asked the secretary to provide the requested materials by Sept. 11, but the HHS has yet to do so.

Ryan sent another letter on Tuesday to Sebelius’ office, asking her to testify again and to provide more information on the logistics behind the Obama administration’s so-called “tech surge” to work out the problems with the ObamaCare website.

“Your continued silence on these important inquiries after refusing to testify raises serious questions about the administration’s commitment to transparency and accountability,” Ryan said.

Sebelius is scheduled to testify before the House Committee on Energy and Commerce on Oct. 30 about the problems plaguing the health law’s website, after repeated requests from that committee.