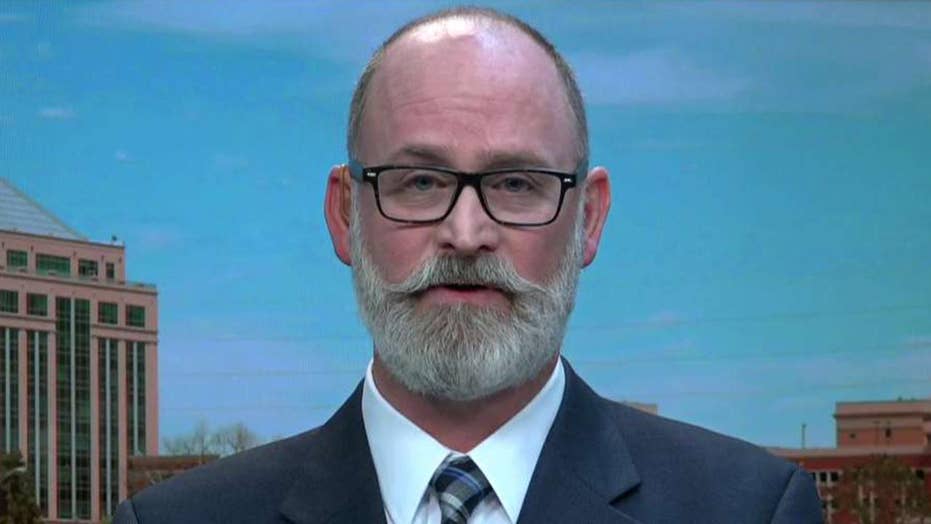 Trump told “Fox News Sunday” that McRaven is a “Hillary Clinton fan” and an “Obama backer.” The Republican National Committee echoed the president’s comments, tweeting that McRaven has been critical of Trump from as far back as the 2016 campaign.

Ryan said in a statement on Monday that the U.S. is grateful for McRaven and all members of the military who have served in harm’s way and “have put country before self,” according to The Hill.

McRaven, who retired from the Navy in 2014 after 37 years of service, was the head of Joint Special Operations Command when bin Laden was killed in May 2011. McRaven has repeatedly criticized Trump over the president's description of journalists as "the enemy of the American people," writing in February 2017 that those comments represented "perhaps the greatest threat to democracy in my lifetime."

In a statement to CNN on Sunday, McRaven stood by his criticism of the president.

"When you undermine the people's right to a free press and freedom of speech and expression, then you threaten the Constitution and all for which it stands," said McRaven, who also noted that he "did not back Hillary Clinton or anyone else" in the 2016 election. "I am a fan of President Obama and President George W. Bush, both of whom I worked for. I admire all Presidents, regardless of their political party, who uphold the dignity of the office and who use that office to bring the Nation together in challenging times."

Robert O'Neill, who fired the shot that killed bin Laden in 2011, wrote Sunday that McRaven "was born to lead this mission. I'll follow him anywhere. If only people heard the real speech he gave the Team ..." On Monday, O'Neill added: "The mission to get bin Laden was bipartisan. We all wanted to get him as soon as we could."

Leon Panetta, who was CIA director during the bin Laden raid and later served as secretary of defense, said Trump owed an apology to McRaven and to all of those in the military and intelligence agencies who played a role in tracking down bin Laden and carrying out the risky raid into Pakistan. He called Trump’s remark “patently ridiculous.”

“It demonstrates a profound lack of understanding of how our military and intelligence agencies operate and undermines the president’s own standing as commander-in-chief,” Panetta said in a statement.