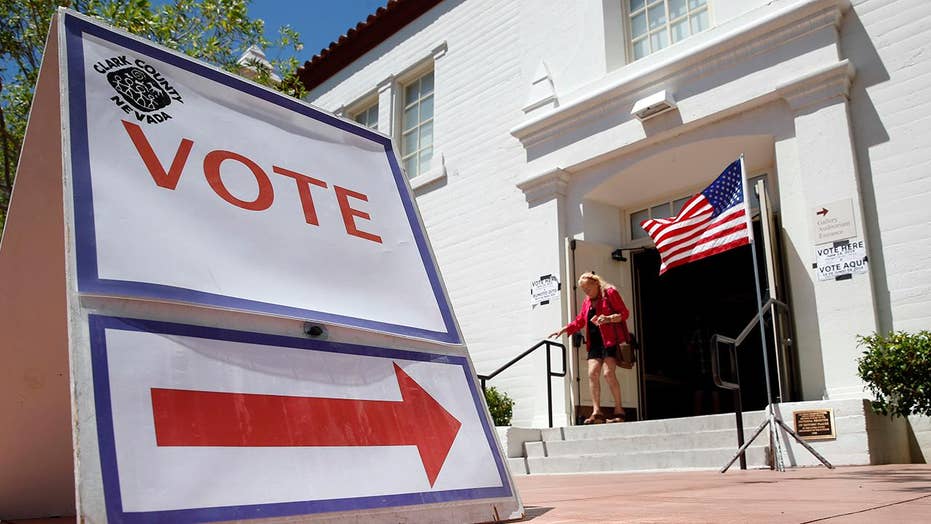 A Russian national has been charged with interfering in the U.S. political system, including next month’s midterm elections, the Department of Justice revealed Friday.

Elena Alekseevna Khusyaynova, 44, was the chief accountant of a Russian operation called "Project Lakhta," which was "funded by Russian oligarch Yevgeniy Viktorovich Prigozhin and two companies he controls, Concord Management and Consulting LLC, and Concord Catering," a news release said.

"Project Lakhta includes multiple components, some involving domestic audiences within the Russian Federation and others targeting foreign audiences in the United States, members of the European Union, and Ukraine, among others," according to the DOJ.

As part of her role in the operation, Khusyaynova allegedly oversaw its finances, "including foreign influence activities directed at the United States," the DOJ said.

Among the records she allegedly managed were "detailed expenses for activities in the United States, such as expenditures for activists, advertisements on social media platforms, registration of domain names, the purchase of proxy servers, and 'promoting news postings on social networks,'" the news release said.

“Today’s charges allege that Russian national Elena Alekseevna Khusyaynova conspired with others who were part of a Russian influence campaign to interfere with U.S. democracy,” the news release said. “Our nation is built upon a hard-fought and unwavering commitment to democracy. Americans disagree in good faith on all manner of issues, and we will protect their right to do so. Unlawful foreign interference with these debates debases their democratic integrity, and we will make every effort to disrupt it and hold those involved accountable.”

The FBI remains dedicated in its efforts to thwart "unlawful influence operations" with fellow law enforcement agencies, FBI Director Christopher Wray said in the news release, adding that the bureau takes "all threats to our democracy very seriously."

“This case serves as a stark reminder to all Americans: Our foreign adversaries continue their efforts to interfere in our democracy by creating social and political division, spreading distrust in our political system, and advocating for the support or defeat of particular political candidates,” Wray said.

"This effort was not only designed to spread distrust towards candidates for U.S. political office and the U.S. political system in general, but also to defraud the United States by impeding the lawful functions of government agencies in administering relevant federal requirements," the news release said.

Those allegedly involved in the operation attempted to present themselves as Americans, the DOJ said. And, by using the "thousands of social media and email accounts" that were generated, they tried "to create and amplify divisive social and political content targeting U.S. audiences."

"The conspirators allegedly took extraordinary steps to make it appear that they were ordinary American political activists. This included the use of virtual private networks and other means to disguise their activities and to obfuscate their Russian origin," the news release said. "These accounts also were used to advocate for the election or electoral defeat of particular candidates in the 2016 and 2018 U.S. elections. Some social media accounts posted tens of thousands of messages, and had tens of thousands of followers."

An array of issues, such as immigration, gun control and the NFL national anthem debate, were allegedly brought up in online discussions by the conspirators, who were told "to create 'political intensity through supporting radical groups' and to 'aggravate the conflict between minorities and the rest of the population,'" the news release said.

"The actors also developed playbooks and strategic messaging documents that offered guidance on how to target particular social groups, including the timing of messages, the types of news outlets to use, and how to frame divisive messages," the DOJ said.

Companies such as Facebook and Twitter provided "exceptional cooperation" as officials worked on their investigation, the DOJ said.