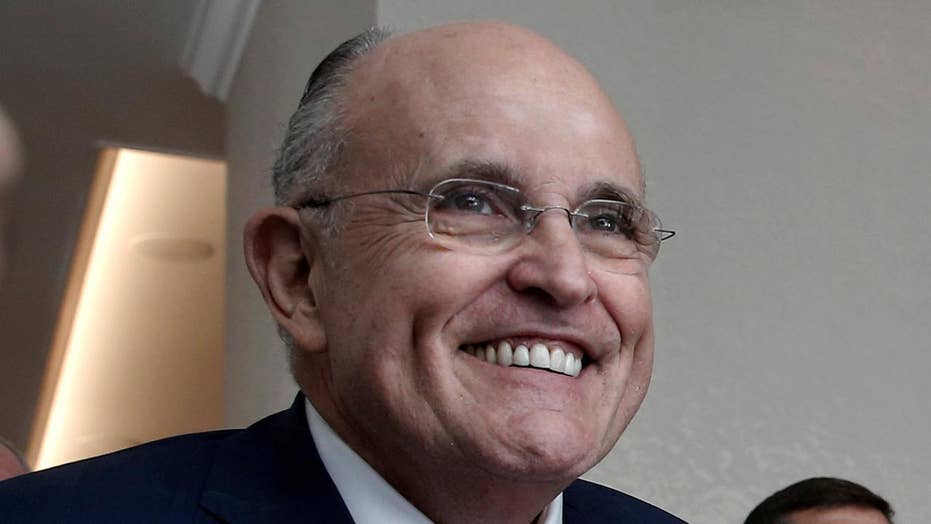 Rudy Giuliani, the newest arrival to Donald Trump's legal team, has taken over talks with Special Counsel Robert Mueller about a possible interview of the president, Fox News has learned.

The negotiations between Giuliani and the Mueller team have been called ongoing. The president is said to remain skeptical of the idea of an interview, but has not ruled one out.

In a statement to Fox News, Giuliani said his objective "is to end this investigation and distraction from the critical issues facing our President as quickly as possible. The President has produced 1.2 million documents that is historically unprecedented. We believe it presents overwhelming proof that the President did not collude with regard to the 2016 election.

"If anything else is needed," Giuliani added, apparently referring to a potential Trump interview by Mueller, "we will consider it if there is an open mind as to the merits."

Mueller has told Trump's legal team that the president is not a target of his investigation into alleged collusion between the Trump campaign and Russia during the 2016 election. The president is currently a subject of the probe — a designation that could change at any time.