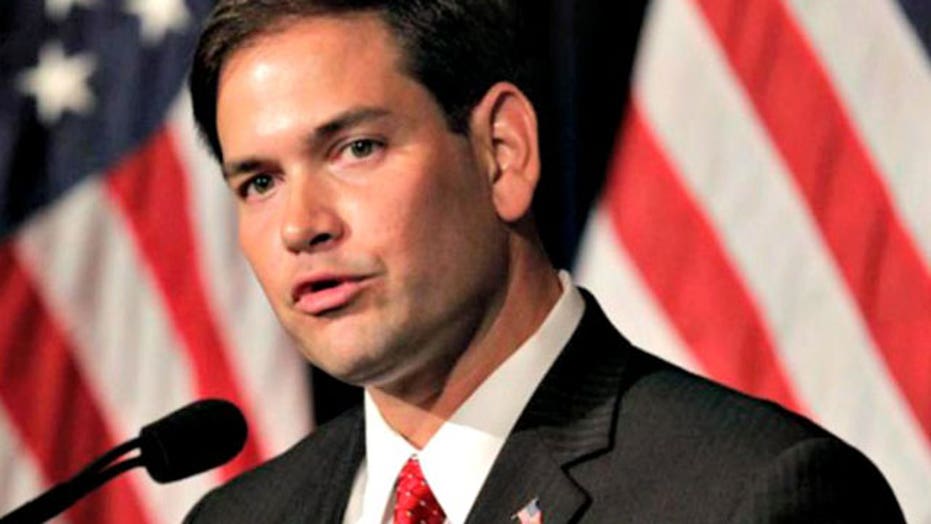 Florida Sen. Marco Rubio confirmed Monday on Fox News that he will announce April 13 whether he will be a candidate for the GOP presidential nomination in 2016.

“I will announce on April 13th what I’m going to do next in terms of running for president or the U.S. Senate,” Rubio said on Fox News’ “The Five.”

Rubio has said he would not run for both offices in 2016, while his team has been moving ahead as though it were putting together a White House bid, including donors who helped previous presidential nominees collect tens of millions of dollars.

But Rubio faces steep challenges to win the nomination, including from his one-time mentor, former Florida Gov. Jeb Bush. He could face as many as 20 other rivals for the GOP nomination.

Rubio also told supporters to check the site www.MarcoRubio.com, which now reads, “Big announcement is coming! Will you be there?”

Rubio plans to sell a chance to win tickets to any campaign kickoff for $3.05, a nod to Miami's 305 area code. It would also a way for the nascent campaign to collect contact information from everyone who wants to be in the audience that day, including low-dollar donors.

A site for the announcement has not been finalized but Rubio's senior aides plan to visit the Miami area on Tuesday to scout options.

A first-generation immigrant whose parents fled Cuba, Rubio could make history as the nation's first Hispanic president. Rubio frames his pitch to voters as the embodiment of the American dream, a son of a maid and bartender who worked his way through law school and now sits in Congress.