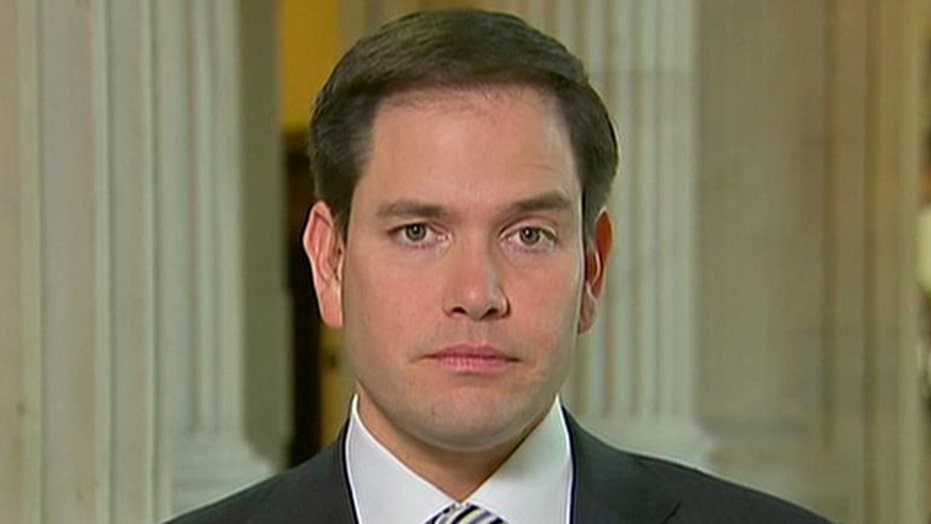 "It's a reminder about how un-implementable this law is. About how poorly thought out it was. It's a warning against rushing and jamming down people's throats this highly partisan piece of legislation that was not well-thought out," Rubio said.

In a concession to business, Treasury Department officials announced Monday that the administration will give employers with 50 to 99 employees until 2016 before being required to cover full-time staff or pay a penalty.

Rubio issued a warning about the economic impact of another delay: "It's having such a disruptive impact across the economy. Even these employers that are apparently getting some short-term relief from this are probably not happy about it because of the uncertainty it creates in the long term."

Asked if he was concerned that it gives Republicans one less political argument going into the 2014 midterms, Rubio responded, "On the contrary, I think it's actually an argument for why this law is so disruptive. They have to keep delaying provisions of it -- it tells you that truly this law can never be implemented the way it was designed."

Turning to the debate in Washington over whether to authorize a drone strike against an American citizen who is said to be a member of Al Qaeda, Rubio expressed concern about the "propensity of this administration to constantly leak sensitive information," but noted there are "dangerous people out there who happen to be American citizens and we need to have laws that reflect that while we protect the innocent Americans from being hurt."