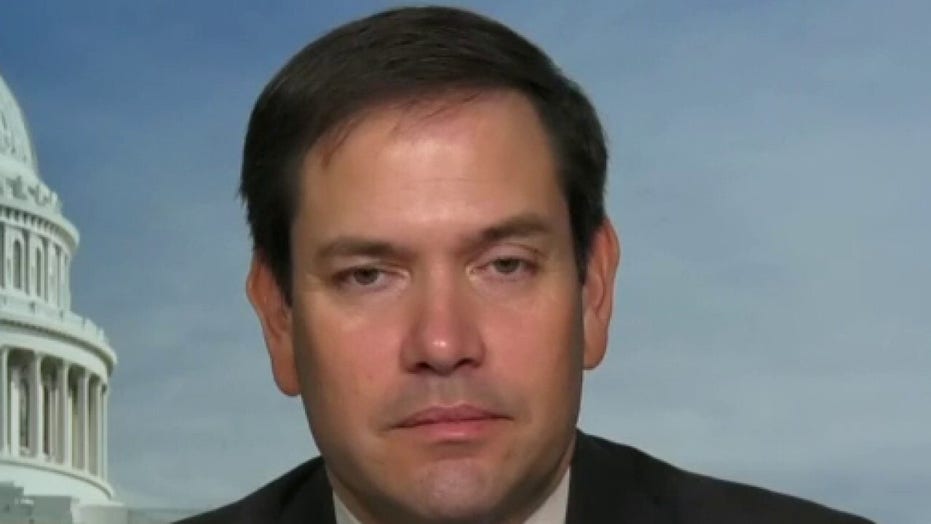 Sen. Rubio: Need to get money into the hands of small business owners very quickly

Sen. Marco Rubio, R-Fla., called out Chinese government leaders Sunday, blaming them for the severity of the global coronavirus pandemic due to hiding key information early on and pressuring other countries into not taking action.

Rubio, one of the lead senators working on the relief package currently before the Senate, told Fox News' "Sunday Morning Futures" that rather than taking appropriate steps to alert the world that there was a problem, they did the opposite.

"The way you respond to something like that, in a global event of that magnitude is you immediately declare it to the world, you bring in all of the experts, and you start working and you try to contain it to the place where it starts," Rubio said.

FEMA DIRECTOR PROMISES MASKS ARE COMING, BUT IS LIGHT ON DETAILS

Rubio accused the Chinese government of hiding information from researchers and not letting anyone know that they had evidence of human-to-human transfer until late December.

"We could have been four to six weeks ahead of this had they been more transparent."

Dr. Anthony Fauci stated on CBS News' "Face the Nation" Sunday that one reason why the U.S. may not get hit quite as hard as Italy is because of President Trump's action restricting travel from China early on. Rubio noted that some other countries that did not take similar action were pressured by China.

"I can tell you it has made it much harder by the fact that not only did the Chinese not disclose it, they bullied a bunch of countries into not cutting off flights," Rubio said. "These cases got into other countries as well because they didn’t do what President Trump did here.”