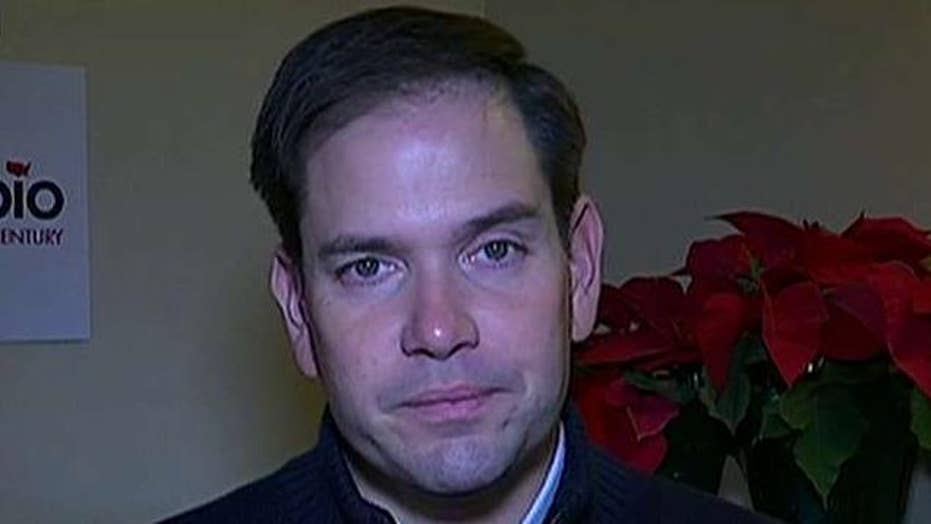 Rubio: Democrats 'completely out of touch' on ISIS

2016 candidate reacts to policy statements on threat from Obama, Clinton

Rubio said that while the U.S. has to “deal with (Putin)” from a “geopolitical, realistic level,” the Russian president “is not someone who is going to go down in history as a great leader.”

Last week, many Republican candidates spoke out against Trump after he embraced Putin as a world leader he would get along with and respected.  Putin praised Trump during his annual address calling him “bright and talented.”

“He’s running his country and at least he’s a leader, unlike what we have in this country,” Trump said during a telephone interview Friday on MSNBC.

Rubio and Cruz have been locked in a heated debate over their immigration records in Congress. Cruz accused Rubio of supporting amnesty for illegal immigrants while Rubio said Cruz hasn’t been truthful about his past support for legalization.

Rubio also called out other inconsistences with Cruz’s past including his position on a free-trade agreement.

"We have some differences on some issues. And we should discuss those, like national security, for example. But when you run by telling everybody you're the only purist in the field, you're the only one that's always consistent conservative, well, I think then your record is going to have a light shown on it,” Rubio said.