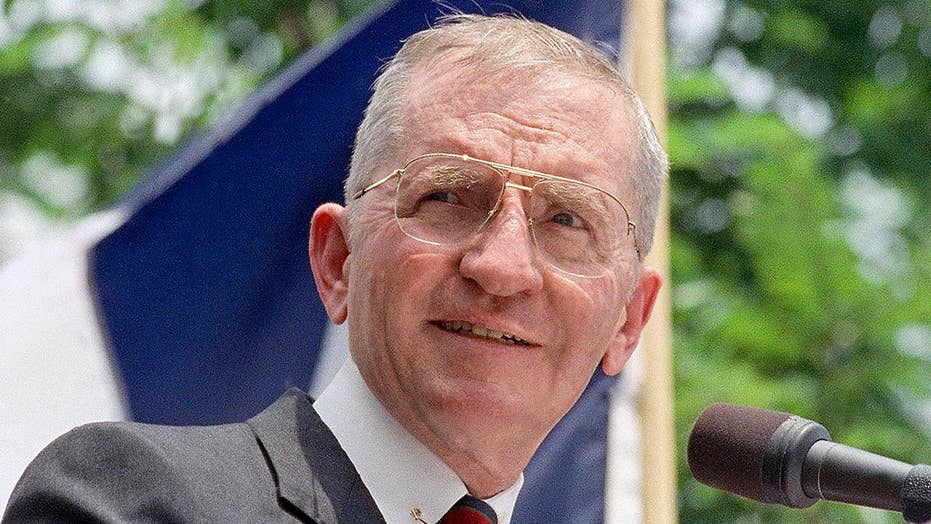 Remembering the life and legacy of Ross Perot

Ross Perot was a maverick, a billionaire businessman and the most successful third party presidential candidate since Theodore Roosevelt in 1912.

The populist campaigns of Ross Perot, who died Tuesday at the age of 89, were widely seen as having paved the way for the eventual election victory of Donald Trump.

But his family boosted Trump in other ways – earlier this year, his son Ross Perot Jr. donated to Trump’s re-election campaign.

A Boston Globe report initially attributed those donations to Perot Sr. but a family spokesman confirmed they came from his son.

Perot, who ran for president as a third-party candidate in 1992 and 1996, died Tuesday at age 89. He is largely credited with providing a road map for Trump's presidential campaign.

Like Trump, Perot ran as a billionaire populist against the Republican establishment. His focus on the North American Free Trade Agreement – rather than the national debt – and his use of cable news for laying out his agenda were both familiar elements of Trump’s campaign.

As Democratic strategist James Carville put it in a 2016 podcast: “If Donald Trump is the Jesus of the disenchanted, displaced non-college white voter, then Perot was the John the Baptist of that sort of movement.”

In 2000, Trump briefly considered running for president in Perot’s Reform Party before scrapping the idea. Perot’s model, of running as a third-party candidate in a two-party political system, taught Trump that he needed to run as a Republican in 2016 – a lesson that ultimately led to his victory.