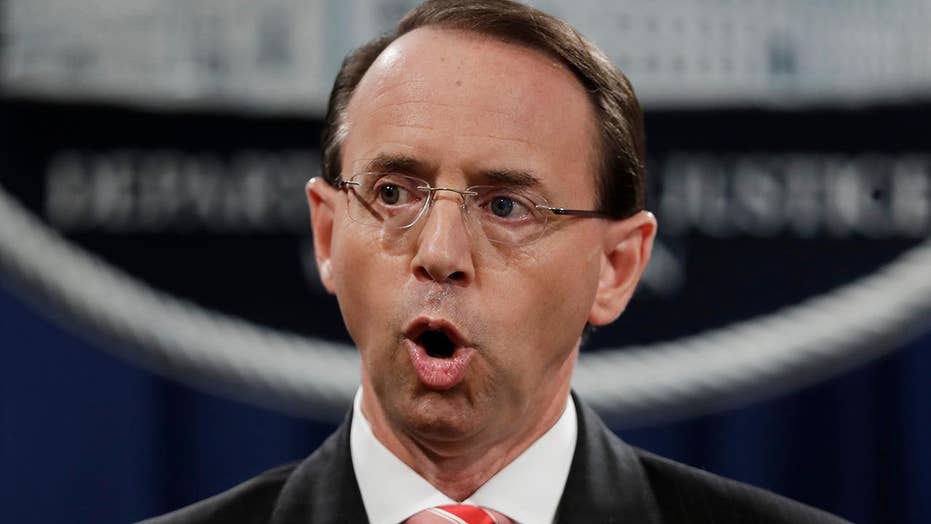 Rosenstein's departure is timed to the anticipated confirmation of William Barr as the next attorney general; reaction from The Heritage Foundation's Hans von Spakovsky.

Deputy Attorney General Rod Rosenstein has reached an agreement with Attorney General William Barr to stay on at the Justice Department “a little while longer,” a source familiar with their conversation told Fox News – despite initial plans to step down by now.

Fox News and other outlets previously reported that Rosenstein had planned to step down in mid-March. However, sources close to the deputy attorney general say Rosenstein has not yet given his two weeks notice. He remains at the DOJ as Special Counsel Robert Mueller’s Russia probe enters what is widely believed to be its final phases. There has been much speculation that Rosenstein would like to stay in his post until the investigation concludes.

DOJ sources confirmed to Fox News that Rosenstein is still the primary liaison between department headquarters and Mueller’s office, even though the recently confirmed Barr has ultimate oversight over the Russia investigation.

When Mueller’s report on Russian meddling in the 2016 election is complete, he is expected to hand his findings to Barr. It is unclear what will happen after that. 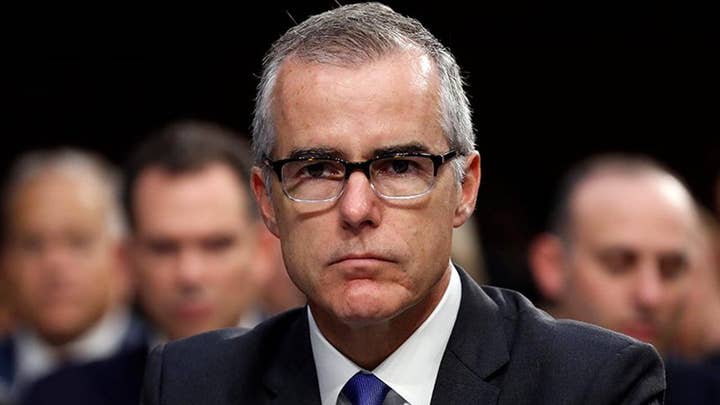 The regulation governing the special counsel gives the attorney general wide discretion in how he informs Congress and the public about the contents of the report. The regulation states, “At the conclusion of the Special Counsel's work, he or she shall provide the Attorney General with a confidential report explaining the prosecution or declination decisions reached by the Special Counsel.”

The regulation then includes vague instructions regarding how the attorney general would notify the public, stating: “The Attorney General may determine that public release of these reports would be in the public interest, to the extent that release would comply with applicable legal restrictions.”

Rosenstein, while staying on at the Justice Department, has become a renewed target of Trump’s ire in recent months, after FBI Deputy Director Andrew McCabe described private discussions about secretly recording and potentially ousting the president in the days after he fired FBI Director James Comey.

Trump last month accused them of pursuing a “treasonous” plot against him. Rosenstein, though, denied pursuing recording the president and has pushed back on claims he broached the idea of invoking the 25th Amendment to remove Trump.