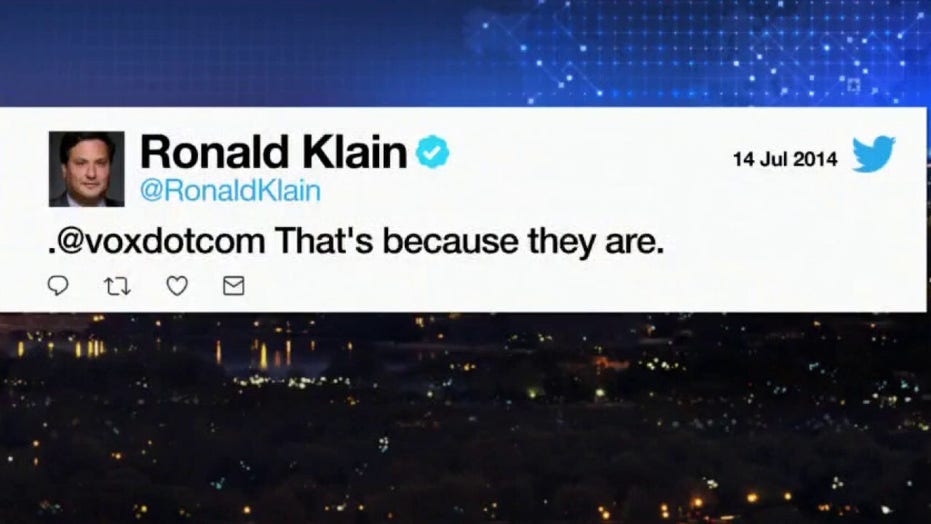 President-elect Biden's newly announced pick for White House chief of staff is raising eyebrows over a 2014 tweet that said elections are "rigged," though he was responding to an article about incumbency advantage and not election fraud.

Ronald Klain, a longtime aide of Biden, on Wednesday night became the first announced appointee by the Biden-Harris transition team. The Democratic operative previously worked as a senior adviser to the Biden-Harris campaign and served as the former vice president’s chief of staff during the Obama administration from 2009 to 2011.

However, an old tweet written by Klain appears to be coming back to haunt him.

Back in 2014, Vox published an article based on a finding from a Rasmussen poll with the headline, "68% of Americans think elections are rigged."

Vox shared the report on Twitter, which sparked a reaction from the Biden ally.

"@voxdotcom That's because they are," Klain replied. The Tweet was still up as Thursday morning.

The Vox article Klain was responding to at the time was about gerrymandering and incumbent reelection rates and said "Americans think elections are rigged in favor of incumbents. And they're basically right."

Wrote Vox’s Ezra Klein: “The problem here isn't fraud. In elections, like in so much else, the scandal is what's legal.

Klein continued: “Incumbents get a voice in gerrymandering — meaning that the politicians, in an inversion of the normal rules of democracy, get to choose their voters.”

One critic juxtaposed Klain's 2014 tweet to one made by President Trump on Tuesday that exclaimed, "People will not accept this Rigged Election!" a tweet Twitter slapped with a warning label reading, "This claim about election fraud is disputed."

"hello twitter i have a claim about election fraud that I want to dispute," the Daily Caller's Logan Hall tweeted.

Klain has not addressed the tweet himself, but he did retweet SiriusXM correspondent Olivier Knox, who reacted to a screenshot of the tweet shared by the Trump campaign by saying the Vox article Klain replied to was about "incumbent advantage." He also expressed his appreciation on Twitter to those congratulating him Wednesday night.

"I’ve seen so many kind wishes tonight on this website," he said. "Thank you - and I’m sorry I can’t reply to each of you. I’m honored by the President-elect’s confidence and will give my all to lead a talented and diverse team in a Biden-Harris WH."

Klain was considered a frontrunner for the role as Biden's chief of staff due to his long working relationship with the president-elect. He advised Biden during his previous presidential runs in 1988 and 2008.

“Ron has been invaluable to me over the many years that we have worked together, including as we rescued the American economy from one of the worst downturns in our history in 2009 and later overcame a daunting public health emergency in 2014,” Biden said in a statement. “His deep, varied experience and capacity to work with people all across the political spectrum is precisely what I need in a White House chief of staff as we confront this moment of crisis and bring our country together again.”