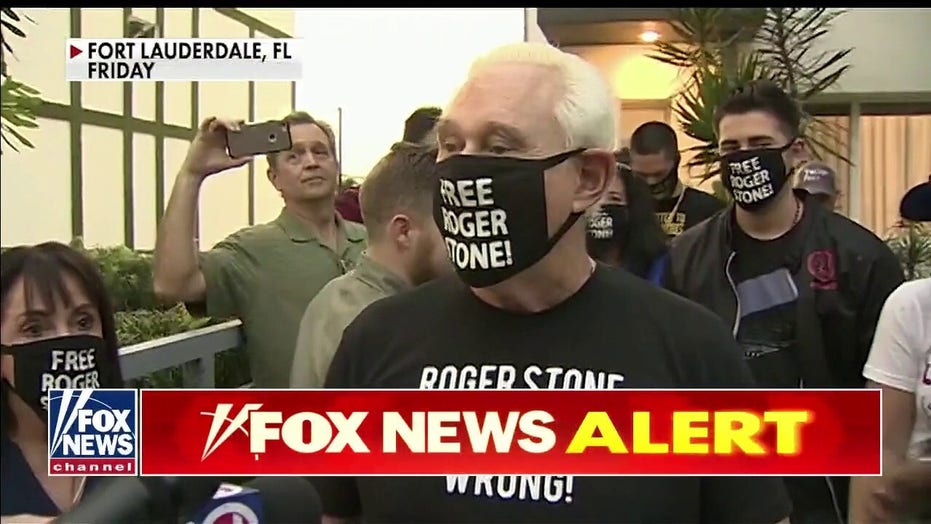 Sen. Mitt Romney, R-Utah, on Saturday joined Democrats in criticizing President Trump’s decision to commute Roger Stone’s prison sentence, decrying it as an act of “historic corruption” -- just as Trump said Stone was the victim of an “illegal witch hunt.”

“Unprecedented, historic corruption: an American president commutes the sentence of a person convicted by a jury of lying to shield that very president,” Romney tweeted.

The White House announced late Friday that Trump had signed an Executive Grant of Clemency for the political operative, who was sentenced to more than three years in prison after being convicted last year on seven counts of obstruction, witness tampering and making false statements to Congress in relation to FBI Special Counsel Robert Mueller’s Russia investigation.

Stone, who has appealed the conviction and denies wrongdoing, was due to report to prison on July 14 to serve 40 months. But the White House said the president had commuted the sentence “in light of the egregious facts and circumstances surrounding his unfair prosecution, arrest, and trial."

“Roger Stone was targeted by an illegal Witch Hunt that never should have taken place,” Trump tweeted Saturday morning. “It is the other side that are criminals, including Biden and Obama, who spied on my campaign - AND GOT CAUGHT!"

Romney has long feuded with the president, and was the sole Senate Republican to vote for an article of impeachment in Trump’s Senate impeachment trial earlier this year, which accused the president of “obstruction of Congress.”

His outrage at Stone’s commutation was shared by Democrats, who accused the president of corruption, with House Speaker Nancy Pelosi promising that Congress would act on the matter. 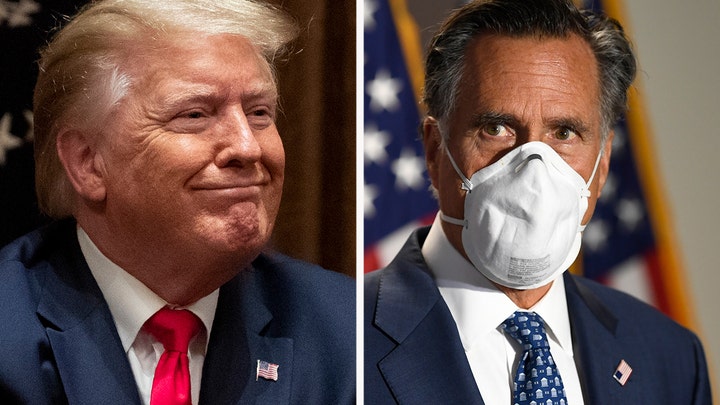 “President Trump’s decision to commute the sentence of top campaign advisor Roger Stone, who could directly implicate him in criminal misconduct, is an act of staggering corruption,” she said in a statement Saturday.

“Congress will take action to prevent this type of brazen wrongdoing,” she said. “Legislation is needed to ensure that no President can pardon or commute the sentence of an individual who is engaged in a cover-up campaign to shield that President from criminal prosecution.”

The Biden campaign, meanwhile accused Trump of having "once again abused his power, releasing this commutation on a Friday night, hoping to yet again avoid scrutiny as he lays waste to the norms and the values that make our country a shining beacon to the rest of the world."

"He will not be shamed," spokesman Bill Russo said. "He will only be stopped when Americans make their voice heard at the ballot box this fall. Enough.”

Both Trump and his Democratic rivals have accused each other of engaging in criminal activity, claims that have continued since the release of the Mueller report last year, and an unsuccessful attempt at impeaching the President earlier this year.

Democrats have claimed that Trump has only avoided criminal prosecution because he is shielded as president, while Trump has accused members of the Obama administration -- including Obama himself -- of spying on his 2016 campaign.

Stone, meanwhile, told Fox News earlier this week that he was “praying” for intervention from Trump.

On Friday evening, after the commutation, spoke to Trump on the phone and later praised the move to the New York Post.

“I told him I was grateful,” Stone said “He protected my health.”

“He said we’ve known each other for 40 years,” Stone said. “In his opinion, he did not believe I committed a crime.”