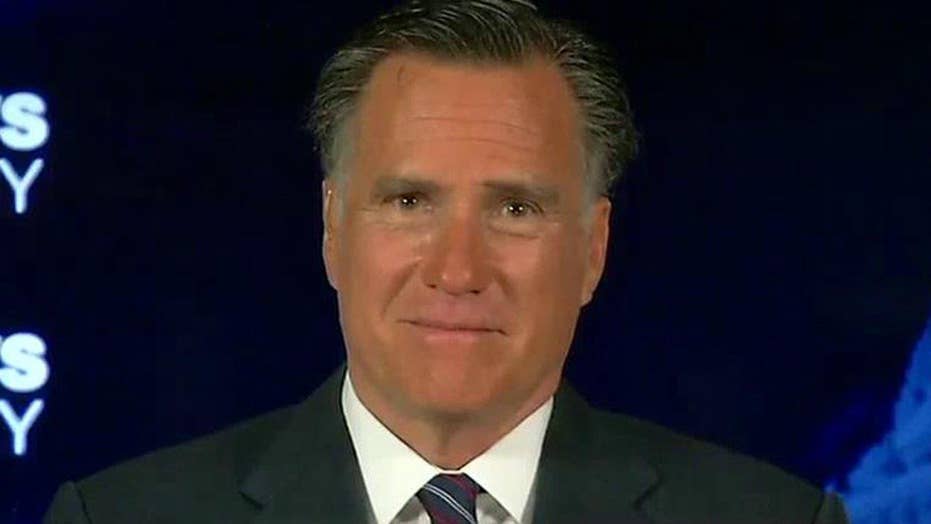 Romney, a former Massachusetts governor and the Republicans' 2012 presidential nominee, repeated remarks from last week, telling “Fox News Sunday” that he wouldn’t launch an eleventh-hour campaign for president. But he declined to reject being “drafted” at the GOP convention in July to be the party’s general election candidate.

“It would be absurd to say that if I were drafted I’d say no,” Romney said. “We have four strong people running for the nomination. One of them will be the nominee.”

Romney has occasionally weighed in on the 2016 GOP race. But he emerged in full force Thursday when he gave a speech in which he called Trump a “phony” and urged voters to instead back an establishment candidate like Cruz, Florida Sen. Marco Rubio or Ohio Gov. John Kasich.

“It was a big night for Ted Cruz,” Romney said Sunday about the Texas senator's Saturday wins in the Maine and Kansas caucuses. “That’s because people are starting to take a better look at Donald Trump.”

Romney returned to his argument that Trump touts being a successful New York real estate magnate and billionaire businessman. However, he has a long list of businesses failures including a commercial airline and his Trump University real estate school, Romney said.

Still, Romney was pressed to explain why he accepted Trump’s 2012 endorsement and acknowledge that all of Trump’s business flops didn’t happen after 2012.

“Sixty-one million people voted for me,” Romney said. “I don’t think all 61 million should be president of the United States.”