Mitt Romney was elected governor of Massachusetts in 2002 and unsuccessfully ran for president in 2012. (AP Photo/Rick Bowmer)

Romney said in a Twitter post Thursday that he's looking forward to the announcement. The post included a link to his website , which no longer includes references to his 2012 presidential campaign and quotes from his concession speech. Instead, it offers visitors a form to sign up and "Join Team Mitt."

Romney's been considered a top candidate for the Senate seat after longtime Republican Sen. Orrin Hatch announced in January that he would not seek another term.

In recent months, Romney has made more public appearances around the state but has declined to say if he'll run for Hatch's seat.

Hatch, who has served more than four decades in the Senate, is one of the longest-serving senators in U.S. history and began floating Romney's name as his potential successor last year.

Romney, a former Massachusetts governor who moved to Utah after losing the presidential election, is expected to easily win the Senate seat if he chooses to seek it.

The 70-year-old Mormon is noted in Utah for turning around the scandal-plagued 2002 Winter Olympics and has wide respect from the state's Mormon-majority population. 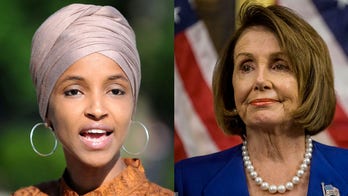