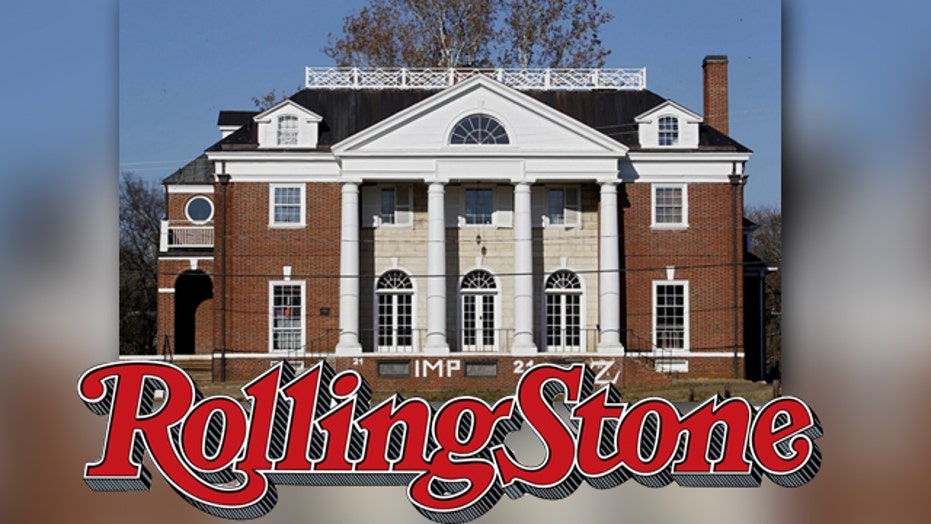 Rolling Stone now says it has doubts about accuser's story

The Rolling Stone story on an alleged gang rape at the University of Virginia is falling apart.

After days of criticism, the magazine itself is backing away from a sensational report that rocked the campus and led to the temporary banning of all fraternities and sororities.

The article was already drawing criticism for relying on a single source, a woman named Jackie, who claimed she was raped by seven men at a frat party, and for not contacting any of the alleged assailants.

But after fresh reporting by the Washington Post, Rolling Stone says, “there now appear to be discrepancies in Jackie’s account, and we have come to the conclusion that our trust in her was misplaced.”

That is one half-step above a retraction, and a humiliating admission for the magazine.

The Post, which interviewed Jackie, said a number of her friends have come to doubt her account—especially after she told them the full name of the alleged lead attacker, and details about the man did not match her story. That man told the paper he had never met Jackie, let alone taken her on a date where they wound up at a frat party.

What’s more, the fraternity, Phi Kappa Psi, said in a statement today that there was no party on the night reported by Rolling Stone. “Our initial doubts as to the accuracy of the article have only been strengthened as alumni and undergraduate members have delved deeper,” the statement said.

And friends say Jackie changed her story, at first recalling she was raped by five men and later saying it was seven.

With a lawyer for the fraternity scheduled to release a statement today, the already-shaky story could be further undermined.

It's hard for me to believe Rolling Stone published this sensational story without insisting on getting some response, even a no comment, from the accused men. In effect, the magazine bet the franchise's credibility on a single accuser--a woman the editors now admit they no longer trust. Whatever the ultimate outcome, Rolling Stone and its reporter, Sabrina Erdely, have been badly tarnished.