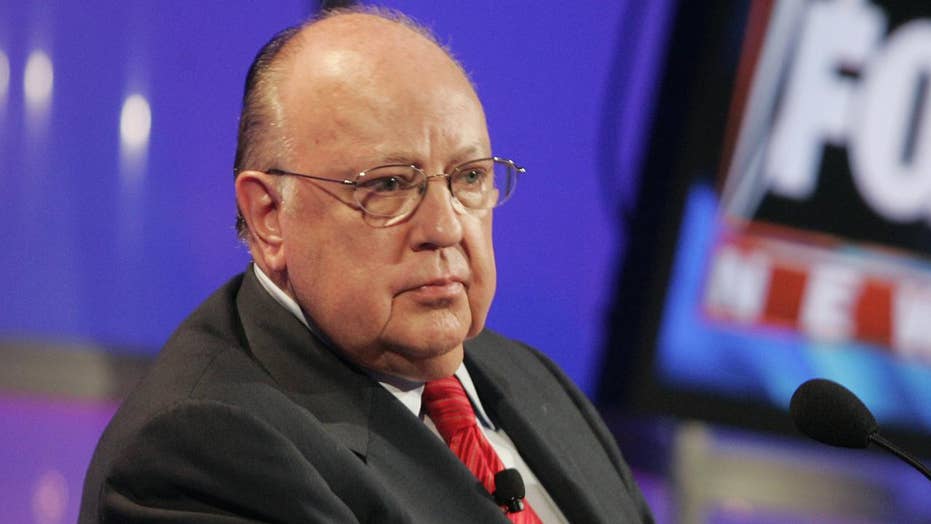 Roger Ailes turned to former President Ronald Reagan late in the 1984 presidential campaign and asked a simple – but incredibly bold – question of the 73-year-old leader of the free world: “Mr. President, what are you going to do when they say you’re too old for the job?”

Reagan at that moment formulated his legendary response – “I am not going to exploit for political purposes my opponent’s youth and inexperience” – and when the question was asked during the debate, Ailes, watching from a room under the stage, calmed the nerves of those around him: “Don’t worry. Here comes a home run.” Reagan delivered the quip with ease, the line becoming an instant classic.

“The public had the reassurance they were looking for, and Reagan had the election won,” Ailes wrote in 1988.

He added: “This story wraps up everything I’ve ever learned about successful communication. It says, 'You are the message.'”

Reagan’s pre-scripted moment of seemingly off-the-cuff levity was just one of Ailes’ great successes during a lengthy career prepping presidents and other politicians for the medium he understood so well: television.

Before he founded Fox News in 1996, Ailes, who died on Thursday, had worked in television and radio since the early 1960s. He got his start in politics in 1968 when he reportedly delivered another simple yet bold line to another presidential candidate: Richard Nixon. Nixon, who famously floundered during the first televised presidential debate in 1962, reportedly mocked TV as a necessity for being elected. Ailes took exception.

“Television is not a gimmick,” Ailes reportedly said. “And if you think it is, you’ll lose again.”

Nixon heeded Ailes’ advice and won the White House, with Ailes’ role in the campaign chronicled in “The Selling of the President 1968.” Ailes’ enduring belief, having worked in TV and learned its inner workings, was in providing a big moment or catchy line that media organizations could latch onto.

“If you have two guys on a stage and one guy says, ‘I have a solution to the Middle East problem,’ and the other guy falls in the orchestra pit, who do you think is going to be on the evening news?” Ailes is said to have once remarked.

During the 1988 presidential campaign, Ailes warned Vice President George H. W. Bush against falling into that orchestra pit, instead counseling him to push CBS anchor Dan Rather into it.

Ailes cautioned Bush that Rather was preparing a “political assassination” about Bush’s role in the Iran-Contra scandal, The Daily Beast reported. He told Bush to go on the offensive.

“It’s not fair to judge my whole career by a rehash on Iran,” Bush said. “How would you like it if I judged your career by those seven minutes when you walked off the set in New York? Would you like that?”

Bush was referencing a recent misstep by Rather, who angrily walked off the set of his show when a tennis match ran long, delaying the show. Bush’s counterpunch defanged Rather.

“It was one of the great moments in television,” Ailes said. “If you freeze-frame it when he asked Dan Rather that question, and watch his eyes, he had long eye blinks and his head went down just like a fighter who had taken a hard punch. He took a right cross to the jaw that no anchorman in the history of television has ever taken.”

Ailes’ last official work for a campaign was in a losing effort in a Senate race in Pennsylvania. But Ailes continued to work behind the scenes, helping Bush again during the 1992 election and reportedly offering advice to President George W. Bush following the 9/11 attacks.

It was shortly thereafter that Ailes joined with Rupert Murdoch to found Fox News in 1996, building it into the nation's long-running No. 1 cable news network.

He resigned in July 2016 amid sexual harassment allegations. Ailes then reportedly counseled the campaign of Donald Trump, though a Trump aide denied any official relationship at the time.

Even among his adversarial contemporaries, Ailes’ expertise in political stage managing was lauded.

“I think Roger’s probably one of the three best political operatives of the modern era,” James Carville told The Daily Beast. “Whatever my ideological differences with him, or his current tribulations, he’s a really skilled guy. There’s no denying that.”