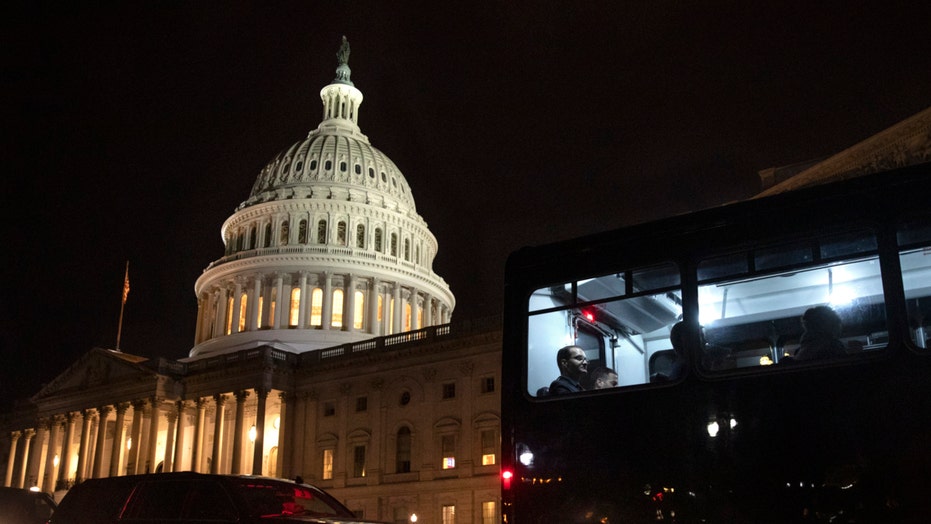 So much of politics is scripted.

So much of what we’ve seen over the past week or so in the Senate trial of President Trump was not.

The outcome of President Trump’s trial was settled long ago. Try 1787. That’s when the Founders finished the Constitution, asserting in Article I, Section 3 that it would take “two-thirds” of the Senate to convict and remove someone from office.

It was clear long ago that the contemporary Senate wouldn’t have anything close to 67 votes to bounce President Trump from office. But how everyone navigated the trial waters was mostly unscripted. 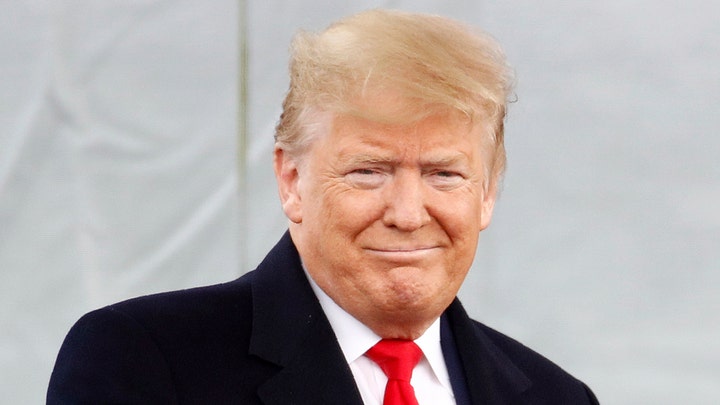 Take the issue of witnesses. It was far from clear last week if the Senate would summon witnesses. It would come down to less than a handful of votes. Sens. Susan Collins (R-ME) and Mitt Romney (R-UT) were well documented in their support for witnesses. Republicans now hold a 53-47 edge in the Senate. So the attrition of Collins and Romney likely brought the vote tally on the witness gateway to just 51. In play were Sens. Lamar Alexander (R-TN) and Lisa Murkowski (R-AK). But it was thought that Collins and Romney may constitute the entire universe of GOPers willing to open the door to witnesses.

The gateway vote on witnesses could have presented the Senate with a rabbit warren of options for what would happen next in the trial. If the Senate agreed to the witness gateway, would that just be it? Would the Senate only support the concept of witnesses – but vote to reject various slates of witnesses or individual witnesses? That’s why the gateway vote last week was so important. Democrats obviously pushed for witnesses – most significantly, former National Security Advisor John Bolton. Many Republicans thought they’d like to hear from former Vice President Joe Biden and his son Hunter Biden. But the gateway vote on witnesses was like opening a parliamentary wormhole. If the Senate approved the motion to theoretically call witnesses, then senators never truly knew where’d they come out on the other side. \

Would this extend the trial for weeks? Months? So much for a quick acquittal for the President, pushed by many of the President’s loyalists. Sure, some GOPers thought it would be amusing if not politically helpful to drag the Bidens into the Senate to testify. But in the minds of Mr. Trump’s Senate supporters, was testimony from the Bidens more important than clearing the chief executive expeditiously? The same with the idea of calling the whistleblower. Lots of Republicans liked to talk a good game about hearing from and exposing the name of the whistleblower. But to what political end? Incinerating national security law? Annihilating whistleblower statutes which many senators worked so hard to pass over the years? Exposing persons who work undercover in the national security community?

The idea of voting to have the whistleblower testify was never going to happen. But it was sure a good way for some Republicans to gin up their base and call into question what lead impeachment manager and House Intelligence Committee Chairman Adam Schiff (D-CA) or his staff allegedly knew about the whistleblower.

One more vote in favor of witnesses would present the Senate with a tie on the gateway vote. By rule, tie votes in the Senate lose. Would Chief Justice John Roberts vote to break the tie? Senate impeachment rules note that the role of the Vice President – who is eligible to break other ties in the Senate – “devolved” in an impeachment trial. So there would be no role or possibility of the Vice President breaking a tie. In President Andrew Johnson’s impeachment trial in 1868, Chief Justice Salmon P. Chase broke two of three ties in the Senate. Could Roberts break a tie in this instance and prolong the trial, forcing witnesses?

Unclear. And, in real time, senators were looking at what an elongated trial may mean. President Trump’s counsel Jay Sekulow argued that calling witnesses would “take a long time” and may consume Senate business “for months.”

Schiff disputed this, suggesting they could call and depose witnesses in a week.

That’s a nod to what the Senate did in 2018 when Christine Blasey Ford came forward to raise questions about the conduct of Supreme Court Justice Brett Kavanaugh during his confirmation process. After much debate and negotiation, the Senate postponed a confirmation vote on Kavanaugh until the FBI completed a probe of Blasey Ford’s allegation. The supposition was that if Republican senators were willing to pause Kavanaugh’s confirmation for a week, then surely they could take a week to hear from witnesses in President Trump’s impeachment trial.

It was also a red herring that calling witnesses would devour all Senate business. If the Senate voted to call witnesses, it’s likely the trial would go dark on the floor for a week or two. Maybe just meet in trial session for a few minutes each day as the Senate took the depositions offstage. Senate impeachment rules don’t require the trial to meet until 1 pm et each day. So it’s possible the Senate could still debate and vote on legislation and nominations either before or after the trial sessions during this period.

But, it turns out, the Senate lacked the votes to swing open the gateway to the possibility of witnesses. Lamar Alexander announced his opposition to the witness option. Lisa Murkowski followed suit the next day. The Senate wouldn’t call witnesses.

That left the Senate with but a handful of unanswered questions: When would the Senate finish the trial? Would any Republicans vote to remove Mr. Trump? Would any Democrats vote to acquit the President?

We now have an answer to the first question. The Senate will vote sometime after 4 pm et Wednesday on both articles of impeachment: abuse of power and obstruction of Congress. It’s unclear if we will know how everyone will vote until just before the Senate takes those roll call tallies. But Friday afternoon – once the Senate knew the math on the witness question, there wasn’t an obvious answer to how it got from point A to point C.

Many Republican senators and the White House wanted to conclude the trial Friday night or in the wee hours of Saturday morning. On Capitol Hill, when you have the votes, you move, regardless of the hour. You don’t tempt fate. There’s a reason why the Senate voted on the first version of Obamacare before dawn on Christmas Eve morning in 2009. You never know when some new allegation may come tumbling in over the transom to alter the calculus.

But, here was the problem. The Senate had heard nothing but arguments from the impeachment managers and Mr. Trump’s defense counsel for weeks now on the floor. Would the Senate suddenly just call votes on the articles of impeachment without allowing senators to actually speak and debate on the floor the guilt or innocence of the President?

So, Senate Majority Leader Mitch McConnell (R-KY) held off on the witness gateway vote until late Friday afternoon. It was only then that he could secure an agreement between GOPers and Democrats on how to finish the trial. It wouldn’t wrap over the weekend. Things would extend through late Wednesday – punctuated by President Trump’s State of the Union speech in the middle.

Some GOPers wanted the President cleared before the Tuesday address. But Democrats noted that President Clinton presented a State of the Union message during his impeachment trial in 1999.

There was naturally some grumbling from those close to the President.

“It’s a terrible thing,” said one source familiar with Mr. Trump’s thinking. “(Republican) senators should have stayed in on Saturday. They got rolled.”

But McConnell was hamstrung on having the votes to finish the trial immediately.

“It was the best deal McConnell could get,” said one Republican source. “The Administration is pleased that this is the best the Republican Senate could do to shorten the process.”

White House Director of Legislative Affairs Eric Ueland put a different spin on things. Ueland thought having State of the Union one night – followed by the trial verdicts – would boost Mr. Trump.

“It’s a strong, one-two punch to have the State of the Union with a clear vision, clear agenda and clear focus for 2020 followed immediately by acquittal on this fake articles of impeachment the next day,” said Ueland.

And even though it was a moot point by the weekend, we finally got some clarity as to if John Roberts could break a tie in the Senate trial.

A book of 44 “standing rules” govern Senate practice. But what is more voluminous is a catalogue for thousands of Senate “precedents.” In fact, the Senate conducts much of its business based on precedent. So on Friday night, Senate Minority Leader Chuck Schumer (D-NY) posed a parliamentary inquiry to Roberts as to whether he could break ties in an impeachment trial. Roberts answered Schumer from the dais.

“I think it would be inappropriate for me, an unelected official from a different branch of government, to assert the power to change that result so that the motion would succeed,” declared Roberts.

And with that, Roberts and the Senate established a new precedent.

We already know the outcome of President Trump’s impeachment trial. And now we know if there is ever another impeachment trial, the Chief Justice can’t break ties because of the precedent established in Mr. Trump’s tribunal by Roberts.