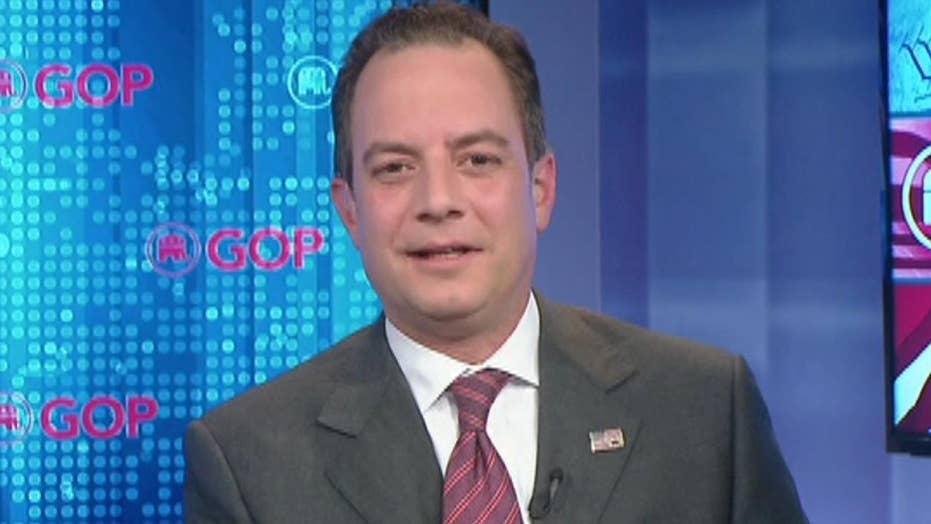 Koch and his brother David Koch have for years given millions to conservative causes and candidates, but have so far remained on the sidelines of the 2016 White House race.

“They have their own activities that they work on. We have ours. There isn't actually that much intersection between the two,” Priebus said on ABC’s “This Week,” following a pre-taped interview with Koch in which he suggested that some in the GOP field and their comments have made them “terrible role models.”

Koch also suggested that Democrat Hillary Clinton would be the best choice for president, among the entire 2016 presidential field.

“It’s possible,” Koch said, while qualifying he would “have to believe her actions will be quite different than her rhetoric.”

Despite his lack of support for front-runner Donald Trump, Texas Sen. Ted Cruz or Ohio Gov. John Kasich, Koch said he wouldn’t “put a penny” into trying to stop Trump.

"These personal attacks and pitting one person against the other -- that's the message you're sending the country," Koch said. "You're terrible role models. … We haven't put a penny in any of these campaigns. That's not what we do. What we're trying to do is build alliances to make the country better.”

However, he left open the possibility of contributing to Trump or Cruz if they pull back on controversial comments.

Cruz has vowed on the campaign trail to carpet bomb the Islamic State terror group in the Middle East and "make the sand glow." And Trump, in the aftermath of deadly, ISIS-connected terror attacks, proposed a temporary ban on Muslims entering the United States.

Priebus was matter-of-fact about Republican voters being divided between Trump and the conservative favorite Cruz.

“It’s pretty split,” said Priebus, pointing out that Trump has more delegates from winning primaries and delegates, while Cruz has done better appealing to the delegates who will vote for the GOP nominee at the July convention.

“It's going to be a close contest going into the next 60 days,” he said.