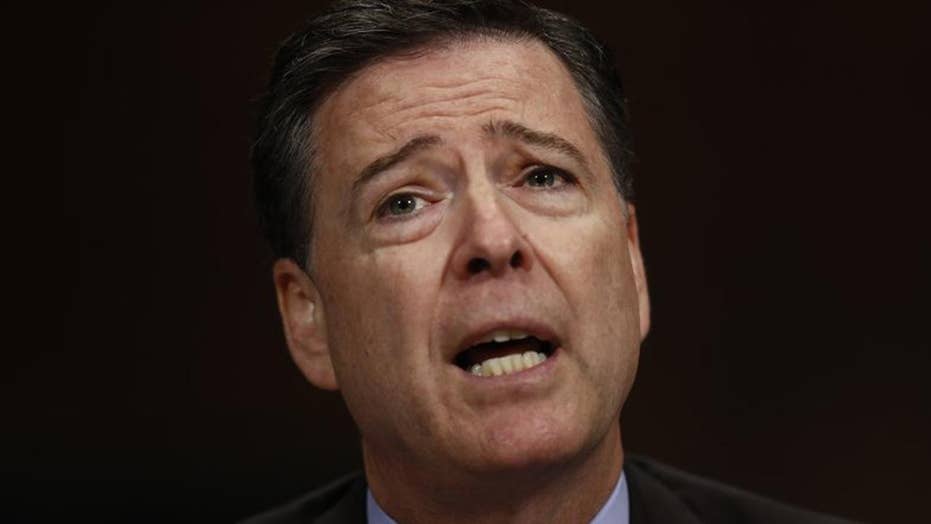 President Donald Trump is outsourcing much of the response to ex-FBI Director James Comey’s testimony on Thursday to the Republican National Committee, leaning on a team of about 60 staffers to lead a political offensive aimed at Democrats as well as the nation’s former top law enforcement officer.

The White House press team will also refer more substantive questions to the president’s outside counsel, Marc Kasowitz, as they have done since the New York-based attorney’s hiring was announced last week.

The White House did that on Wednesday when copies of the statement Mr. Comey will deliver to the Senate Intelligence Committee on Thursday were released. The former director will testify that the president urged him to close a Federal Bureau of Investigation investigation of former National Security Adviser Mike Flynn for his interactions with Russians during and after the campaign.

Mr. Comey will also say that he told the president that he wasn’t personally under investigation. The former director refused Mr. Trump’s request that he state so publicly on the chance that he might have to correct the record later, according to the testimony.

The president’s allies seized on that section of the prepared testimony. “The President is pleased that Mr. Comey has finally publicly confirmed his private reports that the President was not under investigation in any Russian probe,” Mr. Kasowitz said in a statement. “The president feels completely and totally vindicated. He is eager to continue to move forward with his agenda.”

The RNC issued a similar statement, yet neither denied that Mr. Trump had urged an end to the Flynn probe. Mr. Trump has denied that he asked Mr. Comey to end his probe of Mr. Flynn.

Mr. Trump may also take charge of his own communications, too. While advisers and attorneys have asked the president to tone down his social media, he has continued to make frequent posts on Twitter.

The RNC said it has lined up a host of surrogates to appear on national and local television and radio to support the president, and has a database of research on how Democrats have criticized Mr. Comey in the past.

The party committee’s war room includes several young political operatives clipping videos from television and alerting the team to breaking news from a windowless room inside the party’s Washington headquarters,