EXCLUSIVE: Former Acting Director of National Intelligence Ric Grenell -- the subject of pervasive speculation that he may run against California Gov. Gavin Newsom in a recall election -- is starting a voter group in California aimed at bringing "permanent" change to the state's political landscape.

Grenell said "Fix California's" vision goes beyond the current recall effort for Newsom, which appears to have enough signatures to trigger an election and has grabbed plenty of media headlines.

The top Trump ally said that even if Newsom is successfully recalled -- a process that is not complete and is still rife with pitfalls, Grenell says -- the new governor would only be in office briefly before the 2022 election.

"What I'm consistently hearing from activists and donors is that after a year of our economy being shut down for political reasons and Zoom school, that people in California want permanent change," he said.

Grenell told Fox News that "Fix California's" three main focuses will be suing counties in California to clean up their voter rolls; registering voters and researching paths to expand school choice in the state.

"We're going to go after the frustrated 'decline to state' voters," Grenell said. "People who recognize that the pendulum has swung too far left and needs to come back"

Grenell said one way to drive turnout in 2022 specifically is to make school choice a significant issue. There's been massive frustration with the status of school reopenings in California, which lag behind most of the country.

Grenell said conservatives in California had largely stopped focusing on Democrats' efforts to move the state far to the left about a decade ago, realizing they did not have the political capital to stop them. California Republicans would help GOP candidates in other states, he said, until Democrat policies had become so "disastrous" that Republicans would have a chance to win back California voters.

Now, thanks to Democrats' performance during the coronavirus pandemic, Grenell said, conservatives have a chance to change the state's trajectory.

"We've been waiting for the last 10 years for that moment to show the electorate that progressive policies are bad for the largest state in the union, and what COVID has done is sped up the ability for Republicans to point to the disastrous policies and blame the one-party control of the state - the Democrats," he said.

California Gov. Gavin Newsom, center, gestures in front of local officials while speaking about COVID-19 vaccines at the Fresno Fairgrounds, Wednesday, Feb. 10, 2021, in Fresno, Calif. Newsom, widely accused of hypocrisy including for putting his children in in-person school and dining indoors against his own health guidance, is facing a likely recall election. (John Walker/The Fresno Bee via AP)

Of course, any effort to move California to the right is going to be a massive uphill climb. California voters went for President Biden over former President Trump by a nearly two-to-one margin in 2020. The state hasn't elected a Republican statewide since 2006, when it gave former Gov. Arnold Schwarzenegger a second term in office.

Democrats are pushing back against the Newsom recall effort as a fringe power grab tied to Trump and will likely do the same to any GOP efforts to win statewide as well.

"We got here because a faction led by Trump Republicans are trying to do a major power-grab because they lost power in Washington, D.C.," Ace Smith, a strategist for Newsom, told the Sacramento Press Club. "They have an agenda and let's be clear about what that agenda is. It's about repealing Roe v. Wade... It's about killing affordable health care."

Smith continued to say that the recall is "a campaign being fueled by bigots, racists, haters, Proud Boys, QAnon conspiracy theorists and anti-vaxxers."

Grenell -- who has refused to say whether he will run for California governor in the runoff -- told Fox News the Newsom recall effort is instead a reflection on voters' frustration with a mismanaged state and an allegedly hypocritical governor.

"We see so many parents who have watched in horror as their kids have been forced into Zoom school the last year. Gavin Newsom has lied about dealing with the impact of Zoom school. He hasn't dealt with it because his kids have been in in-person learning since last year," Grenell said. "He also said we are not going back to normal. We can't go back to normal because normal isn't good... He said the quiet part out loud."

Still, Grenell said, the recall might get Newsom out of office, but it will take a large effort to realign California's politics.

"I'm telling our donors when I meet with them that this is not a sexy, quick fix like one hyped-up statewide race," Grenell said. "This is a four-year campaign to fix California and to do the long-term reforms that we know we need." 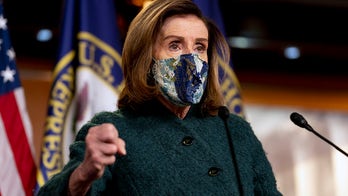 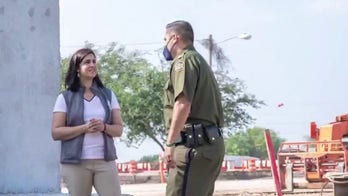