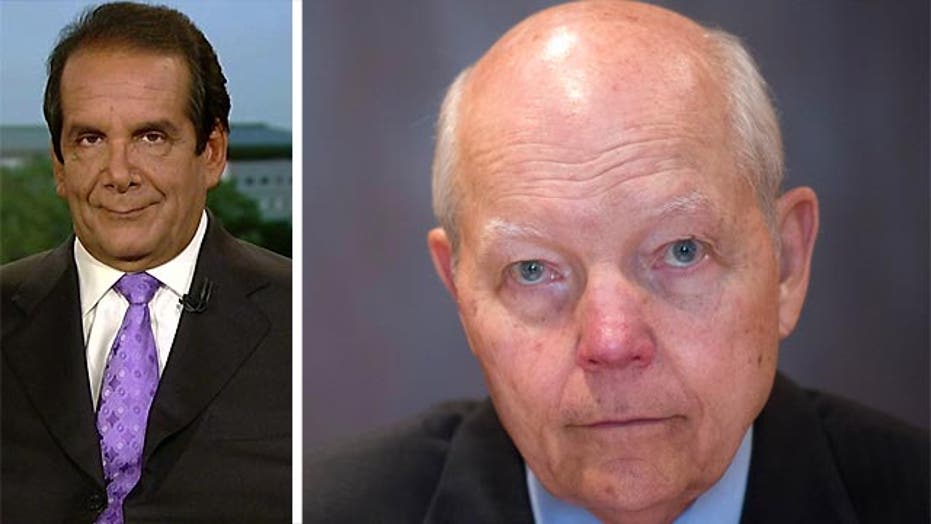 Keane: Iraq is like a house full of “termites”

Retired four-star Army General Jack Keane said Thursday on "Special Report with Bret Baier" that the U.S. created a huge vacuum by leaving Iraq, as the country faces a Sunni insurgency that has already claimed two key northern cities and is threatening Baghdad.

Keane said it's clear that since the U.S. military left the country in 2011, the Iraqi army has become "hollowed out."

"It's kind of like a house where termites have been at it for years and you look at the house and it looks good but the fact of the matter is if you push on it hard it will collapse," he said.

"Maliki believed he was on his own kind of like in a life boat without a lifeline and we left him to himself," he said.