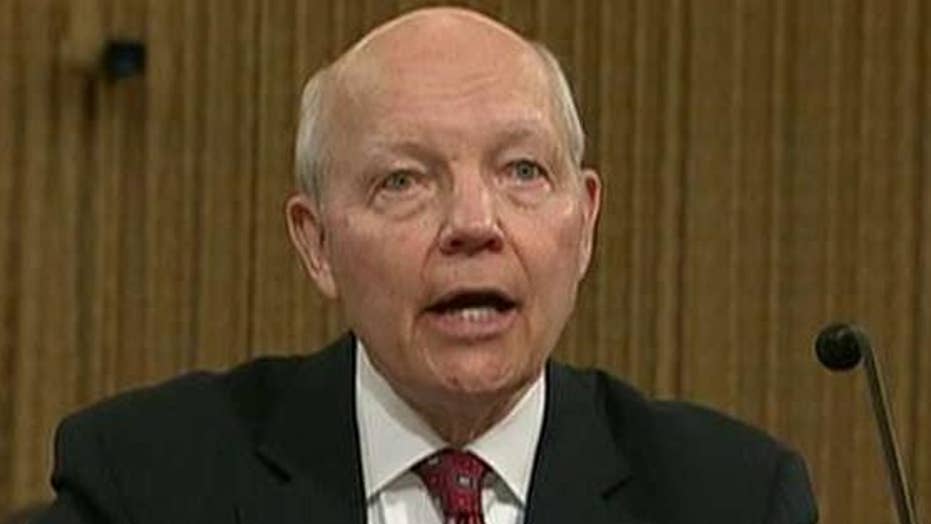 House conservatives revived a long-shot effort Tuesday to oust IRS Commissioner John Koskinen, formally introducing an impeachment resolution expected to see a vote by the end of the week.

Rep. John Fleming, R-La., a sponsor of the drive, offered the measure under special procedures that put the House on track to vote Thursday on the effort.

“For years the IRS has abused its power to target people based on their political views. Commissioner John Koskinen not only did nothing about it, but continued the trend of deception by deliberately keeping Congress and the American people in the dark,” Fleming said in a statement Tuesday. “To date no one has been held accountable and no one will unless we move forward with a resolution to require a vote on his impeachment.”

But GOP leaders are cool to the impeachment push, which stands little chance of succeeding. Some Republicans argue that an impeachment vote two months before elections risked irritating voters, while others said Koskinen deserved a full House Judiciary Committee probe before embarking on the seldom-used impeachment process.

There is a possibility that the House could move to stall the resolution outright, or refer it to committee. Even if the House sends it to the Senate, which will be difficult, Democrats there have enough votes to prevent Republicans from removing Koskinen from office.

Fleming warned Tuesday that “any motion to table or refer to a committee is meant to kill the impeachment and should be viewed as a vote against impeachment by that member.”

Standing on the House floor, Fleming read the resolution that cited the offense of "high crimes and misdemeanors." The move is certain to draw attention to Fleming, who is one of 24 candidates running for the Senate in his home state.

Republicans plan to hold a closed-door meeting Thursday to discuss strategy on the divisive issue.

The effort flows from the IRS' 2013 admission that for several years, it had targeted Tea Party groups seeking tax exemptions for rigorous examinations. Many Republicans have felt the IRS' actions were politically motivated, though investigators have never found evidence of that.

Koskinen did not join the IRS until the end of that year. But House Republicans accuse him of thwarting their investigation of the agency's actions by not providing all emails subpoenaed by Congress, lying about the IRS's destruction of emails and making little effort to recover the lost documents.

Koskinen and his Democratic allies say he did nothing wrong and provided Congress with all the information he had and knew about. They note that the IRS' inspector general concluded that agency employees accidentally erased IRS tapes with backup documents, and that the inspector general and Justice Department found no evidence that the IRS acted against tea party groups for political reasons.

"The impeachment resolution is riddled with factual errors and omissions and is based on flawed characterizations of law and events," background papers released by Koskinen's personal lawyers said.

The impeachment effort is being engineered by the conservative House Freedom Caucus, of which Fleming is among about 40 members. The resolution is sponsored by Fleming and Rep. Tim Huelskamp, R-Kan., who will be leaving Congress after recently losing the GOP primary for his seat.

House GOP leaders have taken no active role in the impeachment drive and have noted that Republicans are divided.

"It's stupid," Rep. David Jolly, R-Fla., also in a tight re-election battle, said Monday. "It's a purely political show vote. There are other ways to admonish officials we believe have lied to us."

The House needs only a simple majority vote to impeach a federal official, the equivalent of an indictment. The Senate then holds a trial and needs a two-thirds majority to find the official guilty and remove him or her from office.

Even if the issue reaches the Senate, Democrats and the two independents who back them hold 46 of its 100 seats and would be certain to block a guilty verdict.