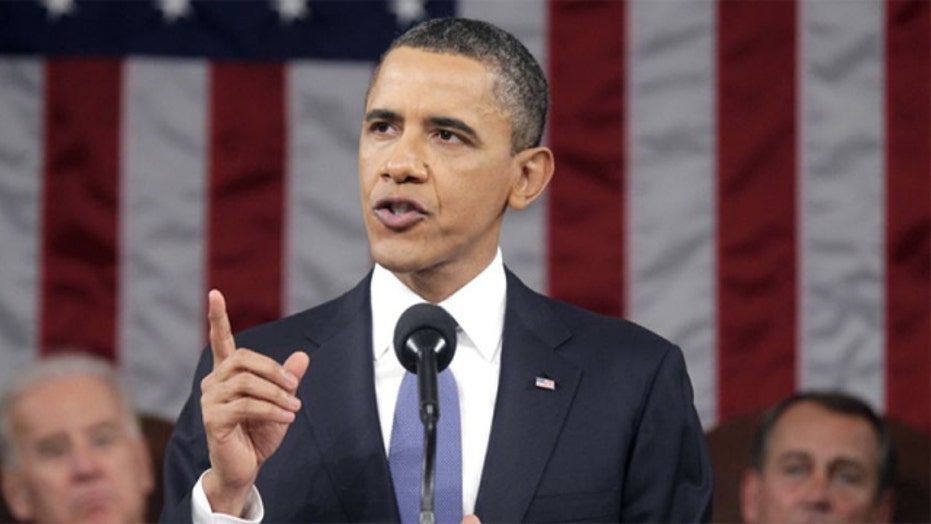 Does the State of the Union matter anymore?

Congressional Republicans on Sunday pummeled President Obama’s plan to increase taxes on America’s highest wage earners, dismissing the proposal as not serious and a “non-starter.”

The plan was released late Saturday by the White House and attempts to increase taxes on the top earners and others to pay for cuts for the middle class.

The president is scheduled to further explain the plan on Tuesday night in his State of the Union address.

"The notion … that in order for some people to do better, someone has to do worse is just not true,” Florida GOP Sen. Marco Rubio told CBS’ “Face the Nation.” “Raising taxes on people that are successful is not going to make people that are struggling more successful. … It would also be counter-productive."

Among the other Obama proposals are increasing the investment tax rate, eliminating a tax break on inheritances, giving a tax credit to working families and expanding the child care tax credit -- in total roughly $320 billion in tax hikes over the next 10 years.

The president also wants to impose a financial fee on some of the country’s largest financial firms. His full fiscal 2016 budget is scheduled to be released to the GOP-led Congress next month.

However, the centerpiece of the proposal is to increase to 28 percent the capital gains and dividends rate on couples making more than $500,000 a year. The top capital gains rate has already been raised from 15 percent to 23.8 percent during Obama's presidency.

"I'm all for reforming our higher education system," said Rubio, a potential 2016 presidential candidate. "In the 21st century, to have the skills you need for a middle-class job, you need higher education of some form or fashion. It may not be a four-year degree. The problem is he just wants to pour that additional money into the broken, existing system."

“We’re not just one good tax increase away from prosperity in this nation,” Chaffetz, chairman of the House Oversight and Government Reform Committee, told CNN’s “State of the Union.”

He also argued that elected officials need to “quit spending this money that we don’t have.”

White House senior adviser Dan Pfeiffer appeared on Sunday talk shows to support the plan, which he argues is an effort to further stimulate economic recovery.

“Now that the economy's in a stronger place than it's been in a very long time, we need to double down on our efforts to deal with wage stagnation and declining economic mobility,” Pfeiffer told CBS.

He also said the “simple proposition,” or solution, is to ask the wealthy to pay a little more and invest more in the middle class.

“It’s clear that President Obama and Democrats are focused on reducing the economic squeeze being felt by the middle class," said Van Hollen, the top Democrat on the House Budget Committee. “I’m pleased that pieces of this proposal overlap with the plan I recently outlined.”

Levin, the top Democrat on the House Ways and Means Committee, said the president’s proposals “focus right where we need to -- creating opportunity for middle-class families and those struggling to join the middle class.”

The offices of GOP congressional leaders also criticized the plan.

A spokesman for Wisconsin Rep. Paul Ryan, chairman of the chamber’s Ways and Means Committee, which writes federal tax law, said the proposal was “not a serious plan.”

"We lift families up and grow the economy with a simpler, flatter tax code, not big tax increases to pay for more Washington spending," said spokesman Brendan Buck.

Ryan said last week that he was focused on broader tax code reform and that his committee would not pass a tax increase to fund transportation infrastructure projects, amid talk Congress will pursue such an increase.

"It's not surprising to see the president call for tax hikes, but now he's asking Congress to reverse bipartisan tax relief that he signed into law," a top staffer for Senate Majority Leader Mitch McConnell told The Hill newspaper.