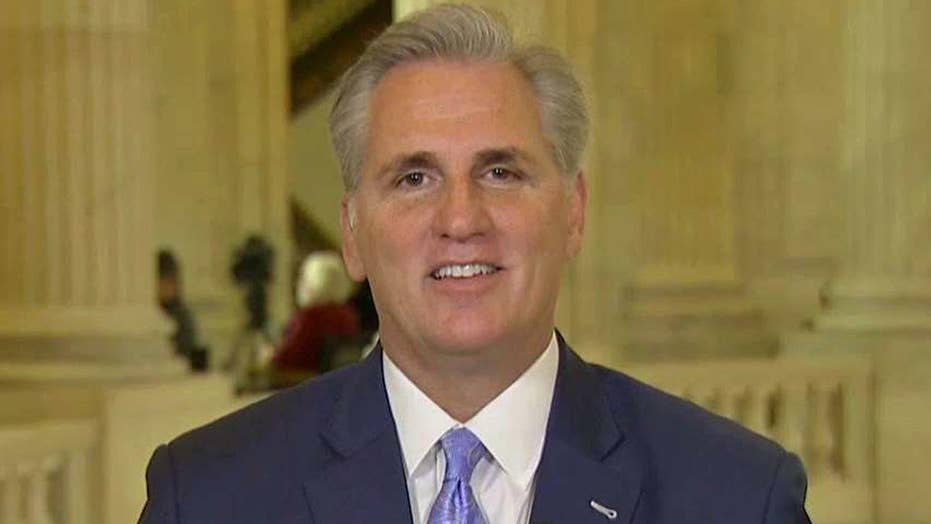 House Majority Leader Kevin McCarthy, R-Calif., said Republicans would roll back one rule reducing methane emissions and another meant to ease the environmental impact of coal mining on streams. McCarthy argued the regulations limit the nation's energy production, and said the GOP-controlled Congress will seek to invalidate the rules starting at month's end.

Republicans for years have clamored in vain about Obama’s attempts to move the country from fossil fuels to renewable energy using a mix of financial incentives and federal regulations. But with a Republican president coming into office, they will have the power to roll back some of those rules.

In his first floor speech of the 115th Congress, McCarthy said GOP House leaders will take a “two-step approach” to federal regulations – first, passing legislation to give Congress more power to repeal, and then repealing rules that are “harmful to the American people, costing us time, money, and, most importantly, jobs.”

Industry groups already have filed suit to block Obama's regulations designed to reduce methane emissions, and other major regulations are currently tied up in court.

But GOP leaders hope to bring about a more certain verdict through the so-called Congressional Review Act, a rarely used process that requires a simple majority of both chambers to approve a joint resolution of disapproval and the president's signature to make a regulation invalid.

Lawmakers have successfully used the act only one other time to quash a new regulation. Generally, they cannot get the two-thirds majority necessary to overcome a presidential veto, but under GOP President-elect Donald Trump, they'll have a limited window to test his campaign promises to repeal various Obama administration regulations.

McCarthy said the process won't be completed quickly, but likens the effort to "draining the bureaucratic swamp that undermines the will of the people."

Obama has pushed for rules to protect air and water as part of his focus on curbing global warming. He argues that the regulations enacted have benefited the economy more than they have cost. He has also said his administration's use of regulatory authority is also a reflection of the GOP's unwillingness to work with him on legislative solutions.

Business groups are lining up to support the effort with the U.S. Chamber of Commerce saying the work done in the House over the next several weeks "is a step in the right direction toward bringing greater accountability, transparency, and integrity to federal rulemakings."