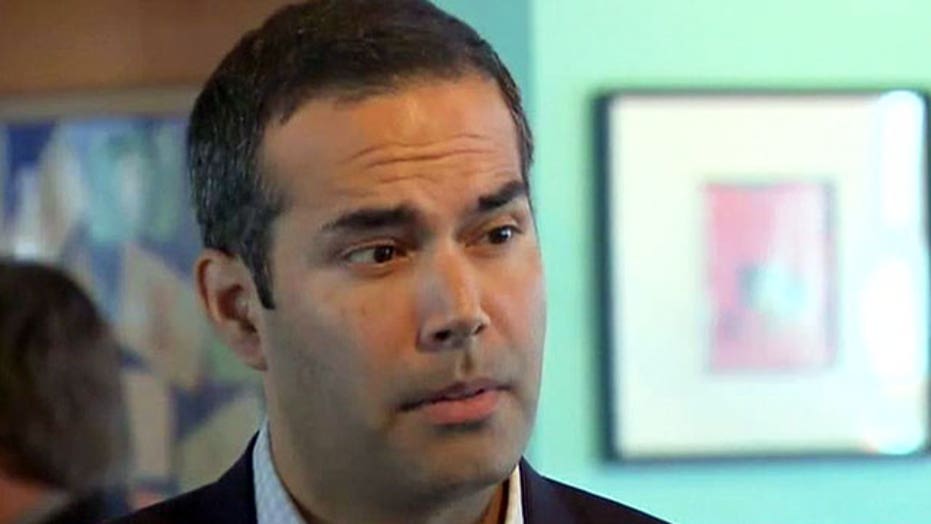 If the Republican Party is looking to make inroads with Hispanic voters -- it need only to look at Texas.

A recent Gallup poll found that in the Lone Star state the Democratic Party’s traditional advantage with Hispanic voters is much narrower than the national average.

Nationwide, 30 percent more Hispanics identify as a Democrat than a Republican, compared to just 19 percent in Texas.

Part of the reason is that Latino culture has been ingrained in Texas since its founding. Many families can trace their family tree back to when Texas was part of Mexico.

But Republican strategist Karl Rove -- a Texas native -- says there is an even more crucial factor from which Republicans across the United States could take a lesson.

Employing the "Texas model" of outreach in other states could lead to a big payoff for the Republican Party, argues Republican pollster Whit Ayres.

“The situation in Texas represents the promise for the Republican Party across the country,” he told Fox News.

If the 2012 results are any indication, the Republican Party has a serious problem that urgently needs addressing. GOP presidential nominee Mitt Romney took only 27 percent of the Hispanic vote -- down from John McCain’s 32 percent four years earlier.

And McCain’s performance is way down from the historic showing George W. Bush put in among Hispanics in 2004.

“I think we can do a better job,” says George P. Bush -- nephew of the 43rd president. “And what that means is looking back at the case study of my uncle when he won over 40 percent of the Hispanic vote not necessarily because he changed his positions on the issues of the day, but tactically he engaged the community from day one.”

George P. Bush is currently on the campaign trail in Texas -- a candidate for land commissioner, widely seen as a stepping stone to higher office. After a rally at the El Guapo restaurant, in Denton, he told Fox News how his uncle took Texas campaign sensibilities across the country in 2000 and ’04.

“We had a staff, basically of fully bilingual, bicultural surrogate speakers who were traveling throughout the country, engaging the community in key battleground states that had Hispanic communities that were making an impact.”

President Bush appeared to speak about immigration with more compassion and pragmatism than Romney, particularly when considering how Romney handled the topic during a debate -- a moment seen as pivotal in his defeat.

Romney’s position was that people who entered the U.S. illegally should return to their home countries.

When asked how he would make that happen, Romney infamously said: “Well, the answer is self-deportation.”

Whatever goodwill Romney might have had among Hispanics up to that moment appeared to evaporate.

“The bottom line is that if people don’t think you like them they are not likely to vote for you,” Ayres also told Fox News.

Without question, immigration -- and the question of what to do about the millions of people in the country illegally -- is an important issue to Hispanic voters and for the Republican Party.

“This issue keeps Latinos who otherwise agree with us from hearing us fully,” Rove told Fox News.

George P. Bush and Florida Republican Sen. Marco Rubio describe immigration as a “gateway issue” but not the most important thing on the minds of Latino voters.

On that front, Rubio thinks the Republican Party agenda has a lot in common with many Hispanic voters.

“There are many Hispanics that vote for the candidate,” he said. “They will vote for whoever speaks most to their needs and their lives beyond just immigration."

But getting in the front door to talk about kitchen table issues is a challenge that will take time and effort. The candidates appear to want to learn. Kentucky Republican Sen. Rand Paul recently traveled to Texas to ask George P. Bush how it’s done.

“My advice to Sen. Rand Paul and others running for office,” Bush said, “is a reevaluation -- a paradigm shift if you will of the tactics that we engage in as Republicans -- and spending time in the community -- not only the day before an election but the day after an election.”

Nationwide, the percentage of Hispanics is increasing while the number of non-Hispanic white voters -- the traditional Republican base -- is declining.

According to several analysts with whom Fox News spoke, any way you crunch the numbers the survival of "Republican" as a national brand will rely on whether the party can build bridges with Latino voters.