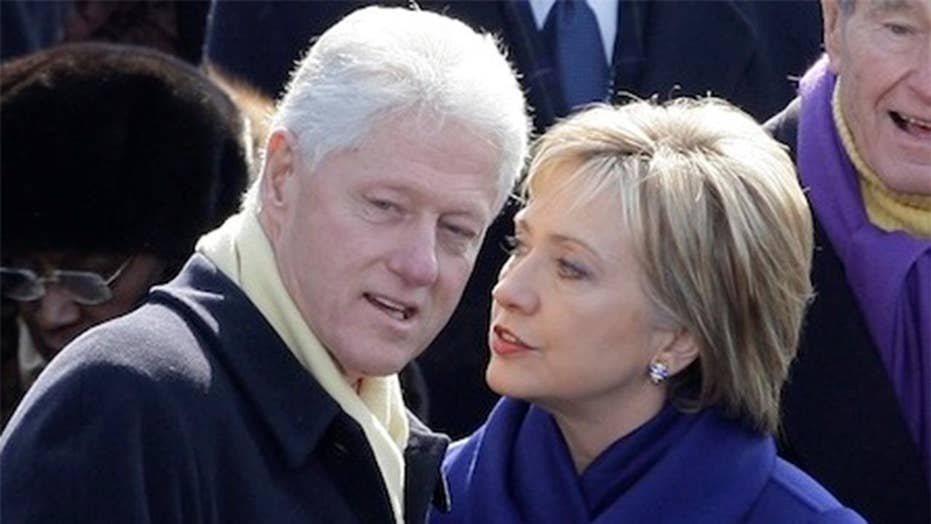 Republicans on the House Oversight Committee on Thursday examined accusations of "pay to play" at the Clinton Foundation while Hillary Clinton was secretary of state, as Democrats dismissed the Capitol Hill hearing as a partisan exercise.

The filings showed that the foundation took in $26.6 million in 2017, a 58 percent drop from the $62.9 million it received the previous year.

“Now several reports suggest that the decrease in donations could reflect a 'pay to play' activity in the years prior to the decline in donations,” Meadows said.

The Clinton Foundation has repeatedly denied all allegations of "pay to play."

Meadows added that the committee sought to have U.S. Attorney John Huber, the prosecutor appointed to investigate the foundation, testify at Thursday’s hearing. But Meadows said the Justice Department did not accept the invitation.

“Mr. Huber was asked to join us this afternoon and update the committee on the operations and progress of his investigation, and unfortunately, DOJ has been unwilling to make him available,” Meadows said. “I find this not only frustrating for me, but frustrating for the American people.”

Meadows told Fox News last week three people have come forward with hundreds of pages of evidence of potential wrongdoing by the Clinton Foundation, including misappropriation of funds and allegations of quid-pro-quo promises made to donors during Hillary Clinton's tenure as secretary of state. 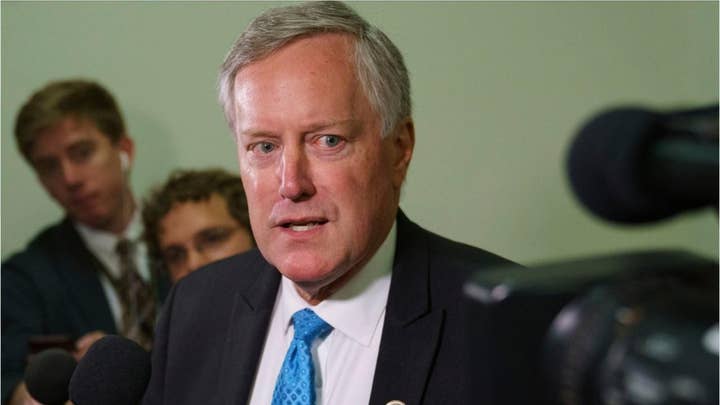 Then-Attorney General Jeff Sessions appointed Huber to lead the evaluation into issues involving the FBI, the Clinton Foundation and the sale of Uranium One, amid calls from some conservatives to appoint a special counsel.

The top Democrat on the subcommittee, Virginia Rep. Gerry Connolly, ripped into Republicans at the beginning of the hearing, accusing them of recycling attacks on the Clintons. He asked why the committee wasn’t investigating conflicts in the Trump administration, and referenced other scandals, like former Trump lawyer Michael Cohen being sentenced to prison for a variety of crimes.

“Here we are, a few weeks before Christmas, and my Republican friends are re-gifting an old probe,” Connolly said, adding, “They’ve found nothing, but that doesn’t stop them from trying to do it again.”

Still, the committee had a slate of other witnesses -- Tom Fitton, the president of Judicial Watch, Phillip Hackney, a law professor at the University of Pittsburg, Lawrence Doyle of DM Income Advisors and John Moynihan of JFM Associates – appear to discuss the Clinton Foundation and laws governing non-profits.

Fitton referenced reports of the Clinton Foundation receiving “staggering sums” of money from Saudi benefactors, estimated between $18 million and $50 million, he said. Fitton added: “While Mrs. Clinton was secretary of state, Bill Clinton gave two speeches in Saudi Arabia earning a total of $600,000.”

“There is enough evidence to warrant serious investigations of the Clinton Foundation,” Fitton said.

Fitton, a conservative whose group frequently sues for public records from government agencies, also dinged agencies inside the Trump administration for not doing more to turn over documents.

“It’s unfortunate that even the Trump administration doesn’t want to divulge the full truth about this,” he said.

According to a committee notice, the purpose of Thursday’s hearing was to discuss the management of 501(c)(3) nonprofit organizations, using the Clinton Foundation as a case study.

The committee advisory said these organizations are “not permitted to be organized or operated for the benefit of any private individual and are only permitted to engage in minimal political activity” and added that when “a nonprofit organization violates these terms, defrauds contributors, or engages in impermissible political activity, the IRS may revoke its tax exempt status.”