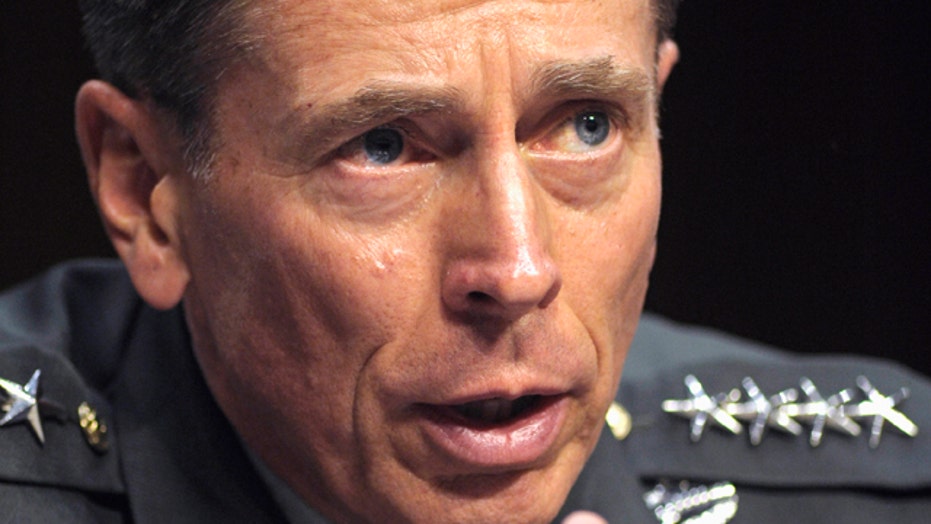 Congressional Republicans on Sunday pressed their investigation into the Benghazi attacks, suggesting depositions for high-ranking officials and more whistle-blowers testifying amid further questions about why then-Secretary of State Hillary Clinton was not thoroughly interviewed about the issue.

“We have had people come forward because of the (hearing) and say we would also like to talk," the Michigan Republican told “Fox News Sunday.” "I do think we're going to see more whistle-blowers. Certainly my committee has been contacted; I think other committees as well."

Rogers’ remarks came as Thomas Pickering, the former U.S. ambassador who helped write a report on security at a U.S. outpost in Benghazi, Libya, defended his assessment but absolved Clinton.

"We knew where the responsibility rested," Pickering told CBS’ “Face the Nation.”  “They've tried to point a finger at people more senior than where we found the decisions were made.”

Pickering said he and retired Adm. Mike Mullen had to work within the legal scope of the investigation and that they “knew and understood” Clinton’s role based upon “talking to other people at meetings.”

Four Americans, including Ambassador Chris Stevens, were killed in the Sept. 11, 2012, attacks on the U.S. outpost.

Congressional Republicans have since led efforts to learn whether the Obama administration provided adequate security and if the explanation of events was altered as part of a possible political cover-up.

Among the lingering questions are whether Clinton was involved in changing a CIA memo about how the attacks started and was she at least partially responsible for the apparent lack of adequate security.

The Accountability and Review Board, led by Pickering and Mullen, did not question Clinton at length about the attacks but concluded the decisions about the consulate were made well below the secretary's level.

However, Pickering's defense Sunday of the panel's conclusions appeared to do little to quiet Republicans' calls for more accountability for the attacks, which killed Stevens, Information Officer Sean Smith, and two embassy security personnel, Glen Doherty and Tyrone Woods, both former Navy SEALs.

Rep. Darrell Issa, chairman of the House oversight committee, told NBC’s “Meet the Press” he would like to interview under oath Pickering and Mullen, the former chairman of the Joint Chiefs of Staff.

Pickering and Mullen's report, released in December, found that "systematic failures and leadership and management deficiencies at senior levels" of the State Department meant that security was "inadequate for Benghazi and grossly inadequate to deal with the attack that took place."

Hicks, a self-proclaimed whistle-blower, detailed his phone conversations from Tripoli with Stevens, who died during the two nighttime attacks.

Hicks and two other State Department witnesses criticized the Pickering and Mullen review. Their complaints centered on a report they consider incomplete, with individuals who weren't interviewed and a focus on the assistant secretary level and lower.

The hours-long hearing produced no major revelation but renewed interest in the attacks that happened during the lead-up to the November 2012 presidential election.

Five days after the attacks, in the final weeks of President Obama’s re-election bid, U.S. Ambassador to the United Nations Susan Rice went on Sunday talk shows and said the attacks were “spontaneous” and sparked by protests elsewhere in the Middle East over an anti-Islamic video.

However, new reports show the original CIA memo on the incident was scrubbed of the mention of “Islamic militants” and early intelligence about Al Qaeda in the region.

The series of emails that circulated between the State Department and the CIA led to weakened -- and, in some cases, wrong -- language that Rice used to describe the assault.

Issa also said he will on Monday request private testimonies from Pickering and Mullen and that his oversight panel has not been provided sufficient details on the State Department review.

Pickering, who was sitting next to Issa during “Meet the Press,” said he wanted to appear at the Republican-led hearing Wednesday but was blocked.

Issa said Democrats could have invited their own witnesses, such as Pickering, but did not.

Sen. John McCain, R-Ariz., on Sunday renewed congressional Republicans’ call for a House select committee on Benghazi -- like the one used to investigate Watergate -- and called the Obama administration’s handling of the terror attacks “a cover-up.”

"I would call it a cover-up in the extent that there was willful removal of information, which was obvious,” McCain said on ABC’s “This Week.”