Rep. Mike Pence (R., Ind.), the third-ranking Republican in the House, is weighing whether to step down from his post as chairman of the House Republican Conference in preparation for a possible run for president or Indiana governor in 2012, Politico reports.

Pence has come to occupy an unusual niche over the past two years. He’s one of the few Washington political leaders who’s won widespread support among tea party activists, and he’s spoken at various tea party events. He also won the presidential straw poll at the recent “Value Voters” summit. At the same time, he plays an important role in the House Republican leadership.

That could set the stage for Pence to serve as a liaison, formally or not, between House GOP leaders and tea party supporters inside and outside Congress. That would be less likely if Pence leaves his chairmanship of the House leadership to pursue another office.

“This week alone Mike Pence has campaigned for House candidates in Minnesota, Wisconsin, Florida, and Indiana,” Lloyd said. “His sole focus remains on winning back the majority in Congress, and believes that speculating about who will occupy what leadership position in the next Congress is ‘looking past the playoffs’ and out of place.”

As jockeying for the Republican presidential nomination gets under way, any GOP hopeful who can boast the support of tea party activists could have an early advantage. But the turbulence of the past two years suggests the political landscape could shift in unpredictable ways before 2012. 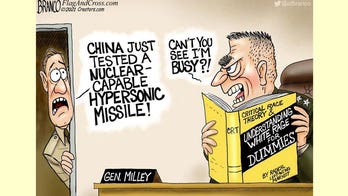