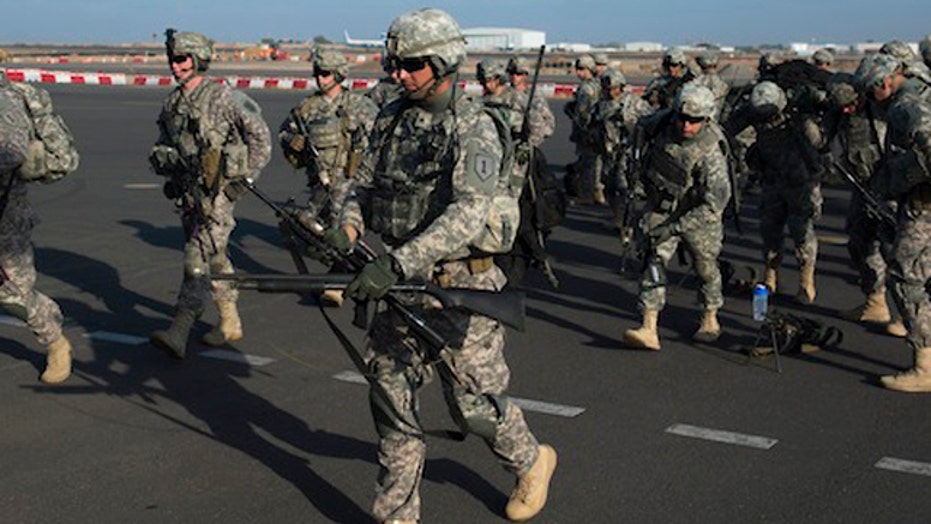 Report: US military no longer able to fight 2 wars at once

The United States military does not currently have the ability to fight two major wars simultaneously, according to a new report, a significant reduction from the capacity enjoyed by defense officials for decades.

The Heritage Foundation’s "2015 Index of U.S. Military Strength" concludes that the armed forces “would be ill-equipped to handle two, near-simultaneous major regional contingencies (MRC).” The two-MRC goal was largely attained during the Cold War, when U.S. forces engaged in a conflict every 15 to 20 years while maintaining ground forces in other regions to ensure stability and deter aggressors.

That strategy enables the U.S. military to defeat one adversary in a conflict while preventing another aggressor—seeking to take advantage of the United States’ preoccupation with the first conflict—from defeating it in a separate theater.

But this strategy is no longer feasible, according to the report.

“The consistent decline in funding and the consequent shrinking of the force are putting it under significant pressure,” the report said. “Essential maintenance is being deferred; fewer units (mostly the Navy’s platforms and the Special Operations Forces community) are being cycled through operational deployments more often and for longer periods; and old equipment is being extended while programmed replacements are problematic.”

“The cumulative effect of such factors has resulted in a U.S. military that is marginally able to meet the demands of defending America’s vital national interests.”

If current automatic budget cuts remain in place, nearly $1 trillion will be slashed from the Defense Department’s funding in the next decade. Almost all of the service branches are already in “marginal” condition, according to the report.