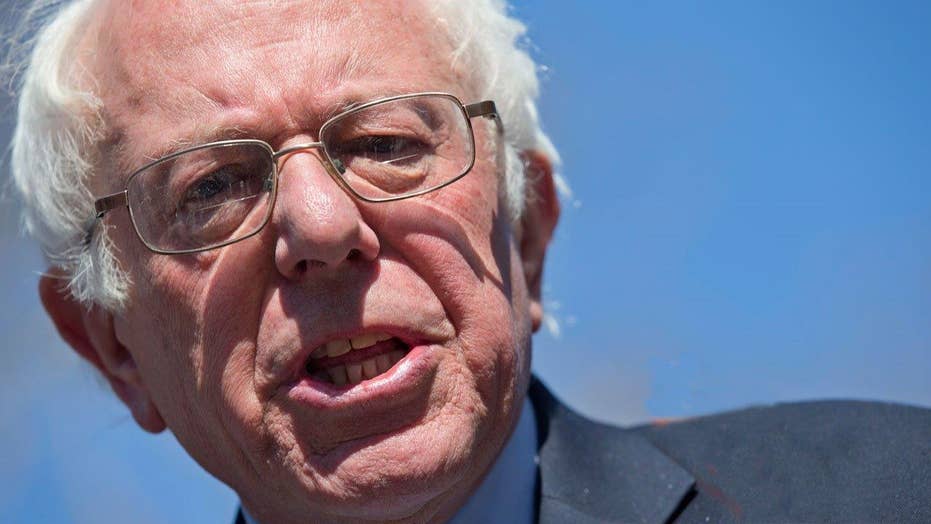 Catholic parishioners in Vermont reportedly are seeking a federal probe into whether Bernie Sanders’ wife committed loan fraud when she was president of Burlington College -- by allegedly exaggerating the amount of money the college could raise in order to secure millions for a land deal.

According to a report published Monday morning by Heat Street, the allegations against Jane O’Meara Sanders were laid out in a letter sent by Brady Toensing, vice chair of the Vermont GOP, to the U.S. attorney in January. The claims stem from Sanders’ time as president of Burlington College between 2004 and 2011. Toward the end of her tenure, she secured loans for a $10 million purchase of 32 acres from the Roman Catholic diocese as part of a campus expansion, Heat Street reported.

But according to the report, Sanders at the time claimed the college had more than $2 million in fundraising commitments and pledges. People’s United Bank reportedly extended a $6.7 million tax-exempt loan with this understanding. The diocese reportedly underwrote a nearly $3.7 million loan as well, giving its debt repayment lower priority than the bank’s.

Yet, according to the report, the lofty fundraising pledges did not materialize as planned. According to one local report, the college raised just $279,000 in fiscal 2011. In the end, the diocese reportedly did not receive the full repayment of the loan, losing between $1.6 and $2 million, according to the investigation request.

Heat Street is a new blog that launched Monday, aiming to “challenge political correctness and 'safe space' culture.” It is owned by News Corp.