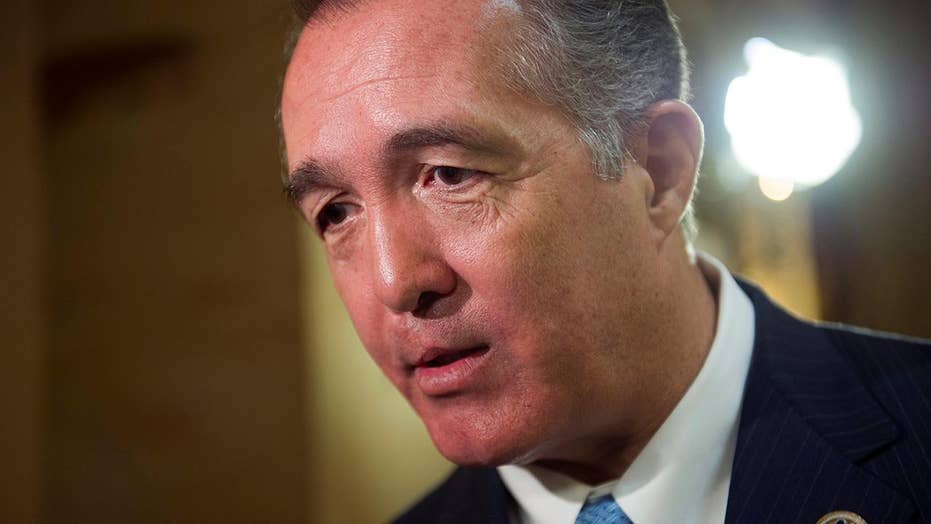 Republican congressman from Arizona cites wife's health in new resignation statement that comes after officials learned he asked two female staffers to be surrogates and carry his child.

Arizona Rep. Trent Franks said he is resigning effective immediately after his wife was admitted to the hospital. The announcement on Friday comes after the Republican initially released plans to step down in January. The abrupt decision follows new reports that Frank allegedly repeatedly pressed a former aide to carry his child, offering her $5 million to act as a surrogate.

"Last night, my wife was admitted to the hospital in Washington, D.C. due to an ongoing ailment,” Franks said in a statement. "After discussing options with my family, we came to the conclusion that the best thing for our family now would be for me to tender my previous resignation effective today, December 8th, 2017."

The eight-term lawmaker first announced his resignation Thursday evening, after reportedly being urged to step aside by Speaker Paul Ryan, who had learned of an investigation into his behavior by the House Ethics Committee.

In his Thursday statement, Franks, 60, said that he’d discussed the possibility of surrogacy with two of his female staffers and the conversation “made certain individuals uncomfortable.” That statement said he was planning to vacate his seat on Jan. 31, 2018.

But a report from Politico on Friday, citing House GOP sources, claimed that two women who Franks spoke to were allegedly unsure if the congressman was asking to get them pregnant through in vitro fertilization or was asking to have sex with them.

Franks is known to have a pro-life stance on abortion and said in his Thursday announcement that his twin children were conceived through a surrogate by "a pro-life approach that did not discard or throw away any embryos."

According to Politico, a former staffer also claimed the congressman tried to convince her that they were in love with each other and when she rejected him, she alleged she was admonished.

A spokesman for Franks reportedly denied all of the claims to Politico.

In his Thursday statement, Franks elaborated on his and his wife's difficulty with fertility and adoption through the years and said that they wanted to have another child, in addition to their twins. But because of his "familiarity and experience with the process" he "clearly became insensitive" about how discussing surrogacy "might affect others."

Fox News' Shannon Bream and Mike Emanuel and The Associated Press contributed to this report.