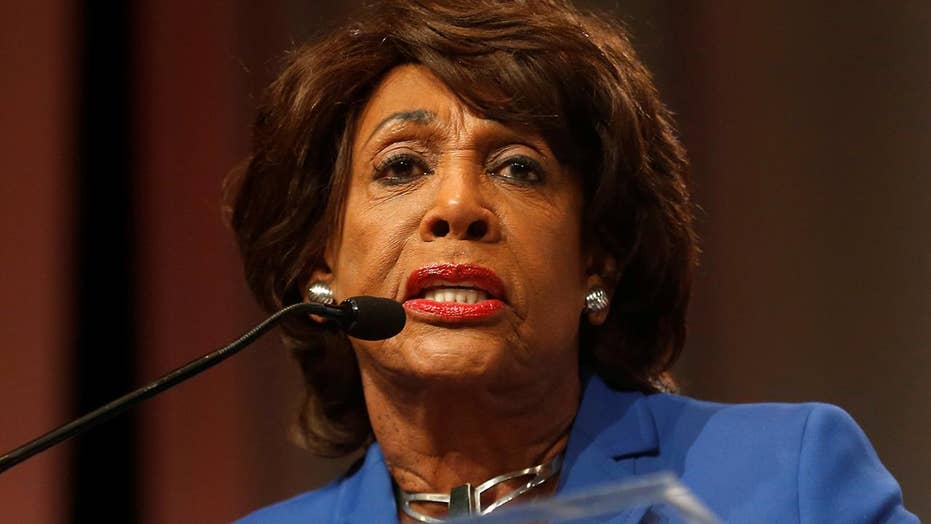 Democratic Congresswoman Maxine Waters delivers her own response to President Trump's State of the Union address.

Rep. Maxine Waters, D-Calif., who appeared on BET Wednesday to lambast President Trump's State of the Union Address, called for a parental advisory each time the president appears on television.

“Whenever he appears on TV there should be a disclaimer that says ‘This may be may not be acceptable for children,'” she said.

Waters recorded a pre-taped response to Trump’s address, which was broadcast on attorney and political commentator Angela Rye’s BET special.

“One speech cannot and does not make Donald Trump presidential. He’s not presidential and he never will be presidential. He claims that’s bringing people together but make no mistake, he is a dangerous, unprincipled, divisive, and shameful racist,” Waters said.

Waters further accused Trump of using divisive rhetoric during his first year in office. She said, “After Trump defended white supremacists, targeted Muslims with his travel ban, described Mexicans as rapists, and mocked people with disabilities, it’s impossible to believe him when he tries to declare he wants to bring the country together.”

At the end of her speech, Waters described Trump as a “terrible role model for our children,” because of “his hatred for women and people of color…”

Waters has been a vocal critic of Trump since he took office, having repeatedly called for his impeachment. She was one of several lawmakers who didn’t attend the State of the Union address.