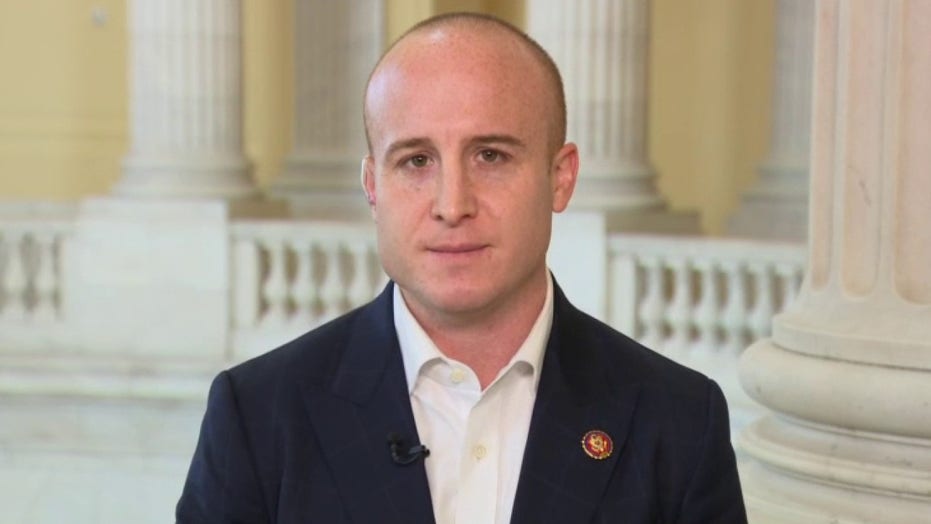 Rep. Max Rose, D-N.Y., ripped President Trump and other GOP leaders in response to a New York Post interview in which the commander in chief said blue-state coronavirus bailouts are “not fair” to Republicans.

“When I put on [the] uniform, we didn’t fight for blue or red states -- we defended the United States,” tweeted Rose, an Army veteran whose congressional district covers Staten Island and South Brooklyn. “Governors from both parties are asking to be reimbursed for fighting the pandemic.”

Rose argued that such relief is “not a bailout.”

“That’s what the federal government is there for,” he said.

But President Trump and Senate Majority Leader Mitch McConnell, R-Ky., have disagreed with that idea as lawmakers look at how to handle additional coronavirus legislation in Washington, D.C.

New York, California and Illinois, on the other hand, have “tremendous debt,” the president said, hinting that it is the result of how Democrats have managed those states.

Rose blasted that idea as “divisive, tone-deaf and disingenuous nonsense” and called it “an insult to all those on the frontlines and the memories of those we lost.”

McConnell suggested allowing states to declare bankruptcy -- something that they currently cannot do -- rather than send additional funds to ensure pay for essential workers on the frontlines of the virus, as well as to bolster economic recovery.

McConnell said on “Your World with Neil Cavuto” on Wednesday that Senate Republicans remain open to the idea of sending more assistance to state and local governments -- so long as it is limited in scope to address the coronavirus.

“We’re not interested in rescuing badly run states from the mistakes they made, completely unrelated to the coronavirus,” McConnell said.