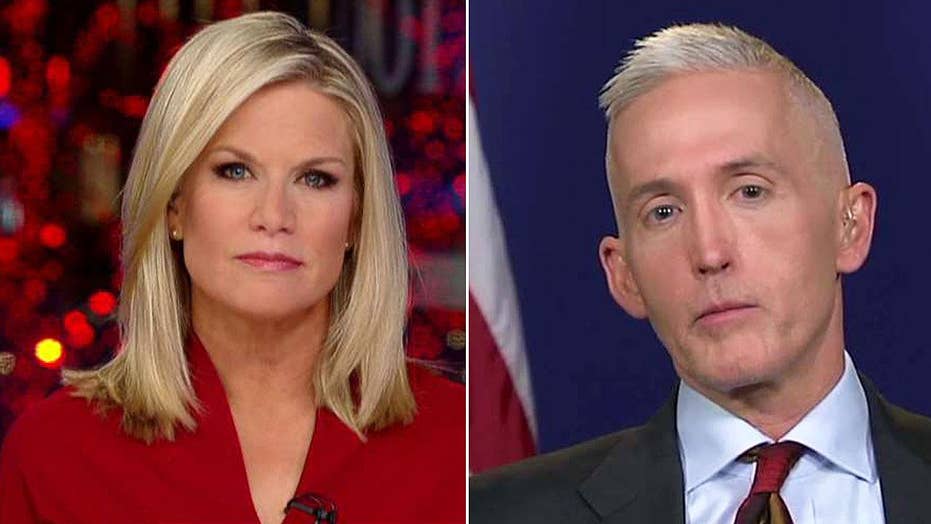 South Carolina congressman speaks out on 'The First 100 Days'

Rep. Trey Gowdy, R-S.C. told Fox News' "The First 100 Days" Thursday that Attorney General Jeff Sessions' failure to disclose two conversations he had with Russia's ambassador to Congress "is not tantamount to perjury."

Sessions announced earlier Thursday that he would recuse himself from “any existing or future investigations” regarding the 2016 presidential campaign after the Washington Post reported the discussions with Russian envoy Sergey Kislyak.

"The Jeff Sessions I know has always been a rule-follower," Gowdy said. "I don’t think he’s going to be talking about campaign-related matters on Capitol grounds, and if he said he forgot about it, he would be about the one millionth person who actually forgot about a fact."

However, Gowdy added that he was not "prejudging" the matter and noted, "The FBI’s welcome to look at it. If the Senate feels that strongly about it, they can send a referral to the FBI. But simply making a factual error is not tantamount to perjury."

Gowdy also defended FBI Director James Comey, who briefed lawmakers about the federal investigation into Russian activities during last year's campaign. Following the briefing, Rep. Adam Schiff, D-Calif., the ranking member of the House Permanent Select Committee on Intelligence, claimed "the bureau has not given us a full counterintelligence briefing."

"I have never heard a federal law enforcement agent give with that degree of particularity and detail an update on an inquiry," said Gowdy, a former federal prosecutor. "I want to investigate all aspects of [Russian activity against the U.S.] ... But Congress does not run parallel criminal investigations with the FBI. We’re not equipped to do it. We’re not supposed to do it.

"For [Schiff] to treat it that way, that dismissively, clearly he and I were in two separate rooms this morning."