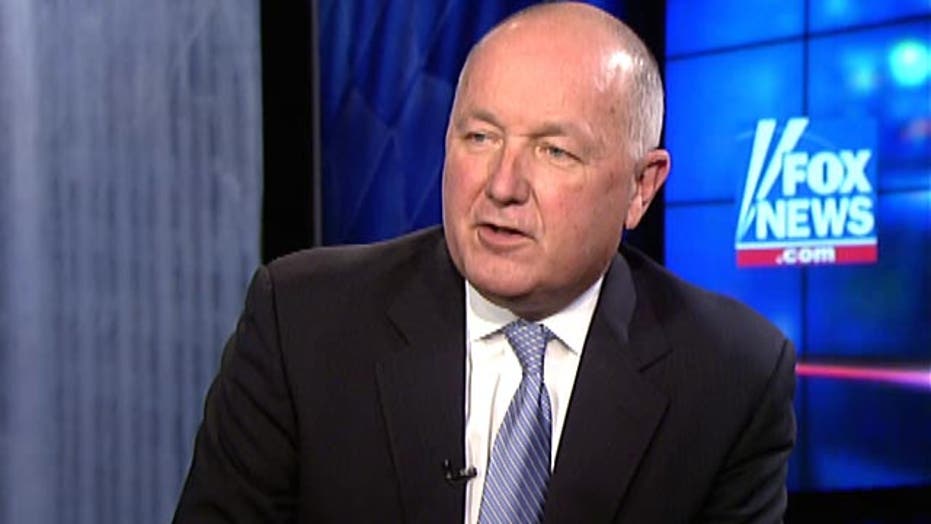 The inability of House Republicans to come together is hurting their investigation into the Benghazi terror attack, according to former Republican Rep. Pete Hoekstra -- who served as chairman of the House Intelligence Committee.

“What are Republicans in the House of Representatives doing on Benghazi? … They’ve got five different committees who are fighting over jurisdiction," said Hoekstra, speaking with Fox News contributor Mallory Factor. “They are not being effective in getting down to the core issues.”

Hoekstra’s former GOP House colleague, Rep. Frank Wolf, recently has called for a select committee to investigate Benghazi but Congress has not acted on that request.

This has angered Hoekstra. “It’s a huge frustration … [The] speaker won’t bring it up for a vote,” he said. “I think the speaker has five committee chairmen who all want to be a part of this investigation and none of them are willing to give it up to a select committee.”

Looking ahead to the 2014 midterm elections, Hoekstra believes the GOP “needs to address foreign policy and hold this administration accountable for their failures in foreign policy.”

He added, of the last election: “It was the tipping point that would have enabled us to say this president’s foreign policy has no clothes, has no substance to it.”

Hoekstra said the fallout from Benghazi should be an issue in the upcoming 2016 presidential election, especially for former Secretary of State Hillary Clinton should she run.