Rep. Andy Biggs, R-Ariz., plans to hold a special order on the House floor Wednesday, to allow several congressional members to speak about recent rioting in the U.S. and the possible sources of funding behind them.

Biggs' office said he will host the special order following the last votes of the day and speakers are expected to include: Reps. Ken Buck, R-Colo., Chip Roy, R-Texas, Dan Bishop, R-N.C., and Louie Gohmert R-Texas, along with several others.

“It will be about law and order and attacks on police in neighborhood communities," Biggs told Fox News during a phone interview.

“We will be allowed to control time on the floor and we’re going to have a series of members come and speak to these issues," he said. "We should be able to go [for] a full hour. It’s going to be a good group – a diverse group of speakers. It’s from all over the conference. They’ll all bring their own perspectives from their own districts and responses to what’s going on.”

Biggs said the special order is a way to raise awareness about potentially nefarious entities using money to fund elements of disruption, within otherwise peaceful communities. 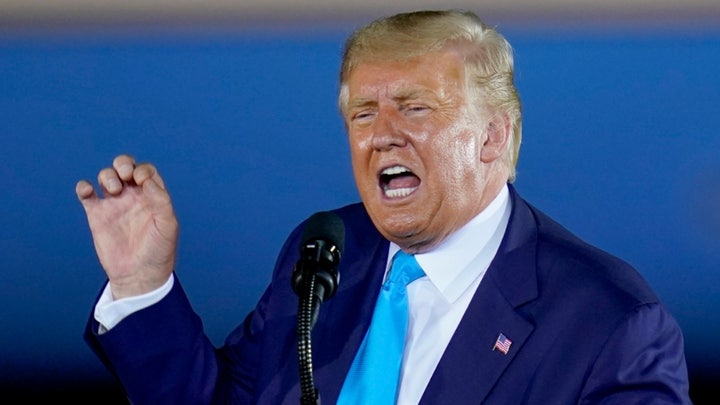 "We’ve made requests to the AG’s office to investigate some of the people who seem to be organized and running these riots, then use the power of the executive branch to conduct the investigations and use the laws that the Congress has made such as RICO (Racketeer Influenced and Corrupt Organizations Act) to try to legally dissuade people from getting involved and causing this violence and mayhem," he added. "We will also highlight a number of bills that members have drafted with regard to violence, particularly toward police officers.”

The Arizona Republican said there are some officials within the Trump administration who are more willing to work with Congress on enforcing the law than others, but he expressed optimism about Attorney General Bill Barr's involvement on the issue and his interest in discovering who the financial backers of the operation are.

“AG Barr – in many areas – has been receptive and willing to work with us. But we also need the FBI to conduct the investigations that are necessary," he explained. "They would investigate criminal conduct and try to track the funding sources. If it’s an organization that has funding, they can attack it that way. And they would then turn over that information to the U.S. Attorneys, who would then try to invoke the civil RICO statutes.”

When asked if labeling offenders domestic terrorists would aid in the investigation, Biggs said that action does not give law enforcement enough teeth in their fight against various disruptive -- and oftentimes violent -- mobs of radicals.

“I don’t want to minimize it, but declaring something to be a domestic terrorist group – there are very little additional ramifications," he said. "They're still committing the crimes. The fact that you’ve identified them as an organization allows you to maybe pigeonhole them into some statutory holes that allow you to do things like seizing assets in a civil RICO issues, but it’s really limited."

“According to the attorney general, there are a lot of investigations going on for hundreds of these rioters, looters, and people who are taking the law into their own hands to overthrow the country," Biggs claimed. "There have been reports that a lot of these riots are highly organized. Once you start developing the roots of an organization, what you do is you lay the groundwork for some of these ways to get at them financially, which could cripple them. If you disrupt their economic flow, then you have a chance to shut them down that way, instead of for the actual conduct like murder and arson… You want to attack them at both the head and the tail.”