Democratic Pennsylvania Senate candidate John Fetterman has pointed to his work as the state's current lieutenant governor as he campaigns for a job in Washington, D.C., but an Associated Press review of his time in that position shows a noticeably light workload.

The examination – which focused exclusively on the time prior to Fetterman's stroke in May 2022 – showed that for nearly one-third of his workdays, he had an empty schedule.  An AP report said that days that had activity in Fetterman's schedule showed that the lieutenant governor only had four to five hours of work in a typical day.

"This report is a misleading and inaccurate reflection of John’s actual schedule that totally fails to capture the breadth of his official work and his accomplishments," spokesman Joe Calvello told the AP.

FETTERMAN FAILED TO PRESIDE OVER PENNSYLVANIA SENATE 33% OF THE TIME, BUT ATTENDED EVERY PARDONS BOARD MEETING

The AP reported that Fetterman's 2021 schedule showed 115 days with no listed events or other activities. From late June to mid-September of that year, the report said, his schedule was "largely blank," showing only 11 hours of work accounted for. In 2022, prior to his stroke, Fetterman's schedule had 70 days with nothing on it.

The main roles of the state's lieutenant governor include presiding over the state senate, chairing the Board of Pardons, and leading the governor's emergency management committee. Fox News Digital reported in September that Fetterman failed to preside over 33% of the state's Senate legislative sessions as lieutenant governor but holds a perfect attendance record with the Board of Pardons.

Calvello pointed to the COVID-19 pandemic in addressing the absences to Fox News Digital. 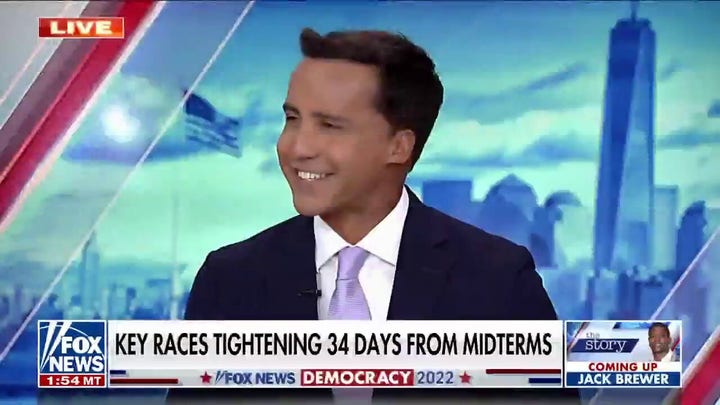 "John takes his constitutional duty serving as president of the Pennsylvania Senate incredibly seriously," Calvello said. "During the spring of 2020, beginning in March, much of the commonwealth, including John's home county of Allegheny, and Dauphin, the county where the state Capitol is located, were under restrictive red and yellow phases to stop the spread of COVID-19. After Allegheny County and Dauphin County returned to green phase status on June 19, Fetterman returned to presiding."

As for the Pennsylvania Board of Pardons, which is chaired by Fetterman, the lieutenant governor has had perfect attendance at the quarterly meetings even after his stroke. According to documents obtained through a public records request that were reviewed by Fox News Digital, Fetterman attended every Board of Pardons meeting from March 2019 through December 2021, and video shows him in the April and August meetings this year. Fetterman also attended the June meeting of the board, a source confirmed to Fox News Digital, though video was not available for that meeting.

Fetterman is in a tight race against Republican candidate Dr. Mehmet Oz.  Oz campaign communications director Brittany Yanick responded to the AP report by claiming that Fetterman's records both as lieutenant governor and in his prior role as mayor of Braddock, Pa., were marked by poor attendance.

Not showing up for work was No Show Fetterman's trademark as Lieutenant Governor AND as Mayor of Braddock. He couldn't be trusted to show up and work for the people of Braddock or the people of Pennsylvania," Yanick said in a statement. "Pennsylvanians can't trust Fetterman to represent us in the U.S. Senate - his truly radical policies aside - after being absent from debates, in the media, and on the campaign trail for months. Clearly 'working' is not his thing, and he should go back to living off his parents."

The last remark is in line with recent attacks from Oz accusing Fetterman of relying on his parents' wealth. Fetterman’s 2015 financial disclosure when he first ran for Senate showed that he collected just $1,800 a year as Braddock’s mayor while living off $54,000 given to him by his parents. According to property records, he purchased his home in Braddock from his sister for just $1.

Fetterman and Oz are set to square off in a debate on October 25, two weeks before the November 8 election.