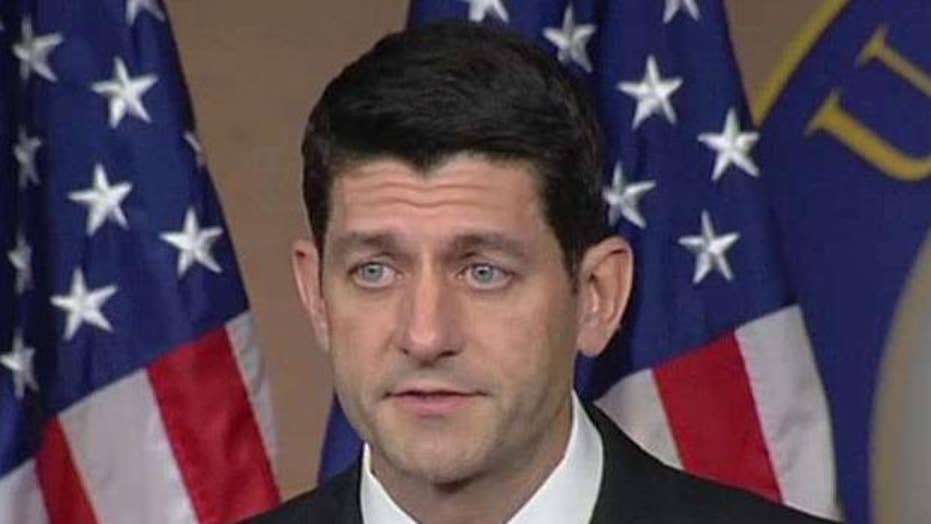 Paul Ryan: Immigration ruling a win for the Constitution

Traffic engineers refer to it as the “September shock.”

That’s why The Washington Post noted that traffic on the roadways in and around Washington, D.C., started ramping up again about a week ago as people return from their summertime activities.

This usually culminates in a traffic cluster come Tuesday, the day immediately following Labor Day. That’s when everyone inside the Beltway is back on the job. Back at school. Back doing whatever.

The House and Senate resume session Tuesday after a sustained, seven-week summertime recess.

Capitol Hill atrophied into a dearth of activity and legislative intelligence since Congress abandoned town in mid-July. But to astute Washington observers, just as road congestion increased of late, traffic on the congressional information superhighway (to borrow a phrase from Al Gore) also intensified over the past two weeks.

It essentially started in late August when House Committee on Oversight and Government Reform Chairman Jason Chaffetz dashed off another missive to Secretary of State John Kerry.

The Utah Republican wants Kerry to appear at a hearing studying a panoply of issues: Hillary Clinton’s emails. The Iran deal. The alleged “ransom” paid to Teheran to facilitate the release of Americans from Iranian custody. The editing of a State Department briefing video involving questions from Fox News.

Chaffetz wants Kerry to appear at a hearing before his panel prior to September 15. In his letter, Chaffetz notes he initially requested Kerry to appear in early June. So far, nothing is on the books. But State Department spokeswoman Elizabeth Trudeau hinted Kerry would be responsive to such an invite.

“As a former senator, the secretary takes very seriously our responsibilities to Congress,” Trudeau said. “Secretary Kerry is very committed to engaging as appropriate.”

Then chatter started about whether Congress might try to advance the Trans-Pacific Partnership (TPP) trade pact later this year. At a meeting of the Kentucky Farm Bureau Federation, Senate Majority Leader Mitch McConnell said the international trade pact “will not be acted upon this year.”

That echoed a remark the Kentucky Republican made in July, characterizing TPP’s chances as “pretty slim.” That said, House Speaker Paul Ryan, R-Wis., isn’t ready to write off TPP just yet.

“Timing will be determined by Congress on the substance,” Ryan aide Brendan Buck said. “The administration has a lot of work to do there.”

House Republicans cobbled together precisely 218 votes in June 2015 to help OK a framework for TPP. Only 28 Democrats voted yes. There is speculation that the number of votes on both sides of the aisle for a trade accord dwindled when GOP presidential Donald Trump started scoring points with an anti-trade message.

Traffic is picking up everywhere, especially when it comes to writing letters about the election.

“It is critical for the American public to know whether these actions may have directly caused or indirectly motivated attacks against Democratic institutions and our fundamental election process,” advised the trio.

A torrent of headlines about Hillary Clinton’s emails and the Clinton Foundation dominated news coverage during the dog days of August.

And then there is Merrick Garland, President Obama’s Supreme Court nominee, left twisting in the wind. Nobody has  said much about Garland lately. But as we say, traffic is building in all lanes.

Senate Judiciary Committee Chairman Chuck Grassley, R-Iowa, suggested to the Sioux City Rotary Club that he didn’t have anything against Garland personally and would consider holding nomination hearings if a group of fellow GOP senators urged him to forge ahead.

“They have gotten so far out on a limb,” he said, that Grassley “probably can’t backtrack now.”

Late August proved to be the perfect time to push on that front.

In a news release, the Freedom Caucus quoted a June editorial from National Review discussing “a weaponized IRS.” The Freedom Caucus also excavated a New York Post editorial board piece from last October arguing that Koskinen “has earned impeachment.”

This past week, House Majority Leader Kevin McCarthy, R-Calif., publicized a general outline of legislation lawmakers should anticipate this month.

McCarthy wrote that the House was expected to “address” the Iran ransom issue. He also mentioned work on a stopgap spending bill to fund the government and efforts to combat Zika.

The next day, Reid, along with fellow Democratic Sens. Chuck Schumer, New York, and Debbie Stabenow, Michigan, conducted a conference call to blast Republicans about Zika and discuss an emergency spending bill.

Reid threw down the gauntlet that Democrats wouldn’t permit a spending measure that drifts into next year, as some conservatives demand.

The House GOP leadership prefers a pact that expires in December. Ironically, Reid’s push may actually help Republicans who only want the bill to last through Christmas-time.

“We are not doing anything into next year,” he said.

Then Reid offered the usual rhetoric one hears close to the end of the government’s fiscal year in September when the sides are at loggerheads:

“We’re headed straight for another government shutdown,” he declared.

Of course, the threat of a government shutdown is the ultimate late-August/early-September traffic nightmare – a congressional carmageddon of sorts when everything goes haywire. The two-and-a-half-week shutdown of 2013 is still fresh in the minds of lawmakers from both sides.

So, motorists have observed an obvious uptick in traffic on the Washington, D.C., roadways the past few weeks. That’s the same with email traffic to the inboxes of Beltway journalists as lawmakers start positioning themselves for legislating this month.

And it’s ironic the congestion starts now. That’s because everyone will speed wildly toward an off-ramp in an effort to head back home to campaign in about three weeks.