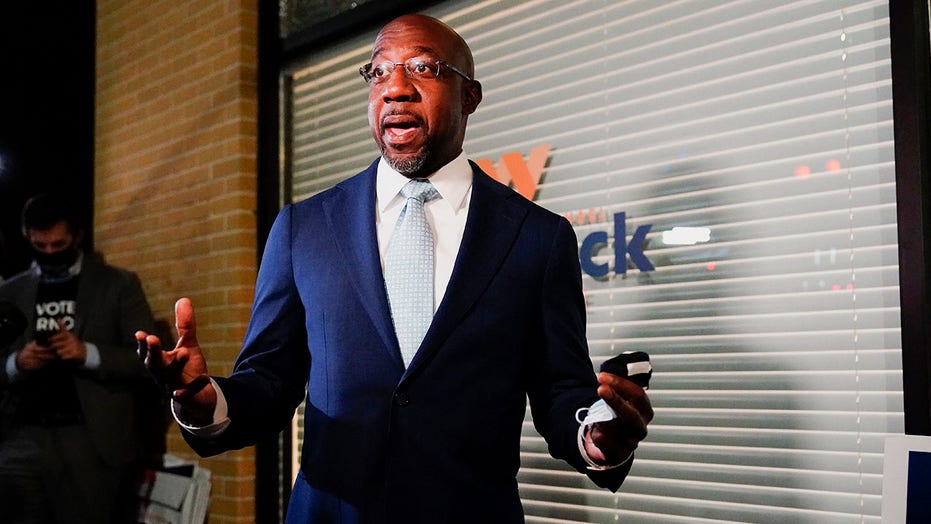 Georgia Democrat Rafael Warnock, looking to unseat Sen. Kelly Loeffler in a January runoff, preempted the impending attack ads in the race that may be the fate of the Senate’s control with an ad where he pretends to hate puppies and eats pizza with a fork and knife.

“Get ready Georgia, the negative ads are coming. Kelly Loeffler doesn't want to talk about why she's for getting rid of healthcare in the middle of a pandemic, so she's going to try to scare you with lies about me,” Warnock said in the 30-second ad.

WHERE THINGS STAND: BATTLE FOR THE SENATE

As all eyes turn to Georgia’s recount after Joe Biden’s razor-thin lead in the presidential race, Warnock posted the comic relief to his Twitter page, where it’s amassed nearly 2 million views.

As of Friday, no candidate in either Georgia Senate race earned the 50 percent needed to win a seat under the Peach State’s unusual election laws. If both seats head to a runoff race, a fierce battle for control of the Senate could ensue.

Neither party has yet established control of the Senate’s majority since Tuesday. Democrats and Republicans have claimed 48 seats. Two races yet to be counted, a North Carolina seat and an Alaska seat, lean Republican. Along with Warnock and Loeffler’s race, the race between Sen. David Perdue and Jon Ossoff has yet to be called, but with Perdue amassing 49.84 percent of the vote and 98 percent of precincts reporting, that race could head to a runoff too.

Meanwhile, Loeffler touted her 100 percent voting record with President Trump, strung together with clips of praise from Trump and other Republicans such as Gov. Brian Kemp, Nikki Haley and James Herschel in her post-election campaign ad “Let’s do this, Georgia.”

“I’m proud to be a political outsider,” she said in the video posted to Twitter.