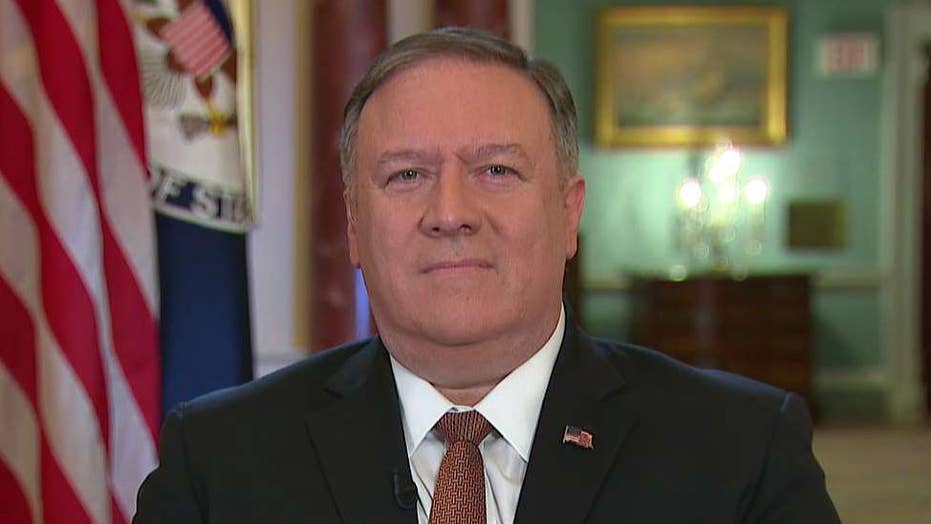 Pompeo: IRGC is a terrorist organization, has killed over 600 American soldiers

Kentucky Republican Rand Paul is pressuring the Trump administration to pledge not to attack Iran without proper war authorization in Congress, a call that comes after Secretary of State Mike Pompeo left the possibility of a military action against the Islamic Republic open.

Pompeo suggested on Wednesday that the U.S. could strike the Iranian regime using the Authorization for the Use of Military Force (AUMF) passed that permits actions against Al Qaeda and other groups responsible for the September 11, 2001 terror attacks.

“The factual question with respect to Iran's connections to Al-Qaeda is very real. They have hosted Al-Qaeda, they have permitted Al-Qaeda to transit their country,” Pompeo said before the Senate Foreign Relations Committee. “There is no doubt there is a connection between the Islamic Republic of Iran and Al-Qaeda. Period, full stop.”

“There is no doubt there is a connection between the Islamic Republic of Iran and Al-Qaeda. Period, full stop.”

But Pompeo’s comments alerted the Kentucky senator, who has long criticized the executive branch for waging foreign wars without getting approval from Congress as it supposed to while always justifying the military actions with the AUMF, an authorization Paul has fought to repeal for years now.

Paul pressed the top diplomat to commit not to attack Iran under the AUMF, telling the administration that any action against the regime would have to be approved as set out in the Constitution.

Pompeo declined to commit to Paul’s proposal, noting that he prefers to leave the legality of war issue to lawyers.

"I am troubled that the administration can't unequivocally say that you haven't been given power ... I can tell you explicitly, you have not been given power or authority by Congress to have war with Iran," Paul snapped back.

"In any kind of semblance of a sane world, you would have to come back and ask us before you go into Iran," Paul added.

“I can tell you explicitly, you have not been given power or authority by Congress to have war with Iran.”

Pompeo’s comments aren’t entirely incorrect as in the midst of the war in Afghanistan after the 9/11 terror attacks, senior Al Qaeda members fled to Iran where they were welcomed, the New York Times reported.

Hamza bin Laden, a son of Osama bin Laden, has allegedly been living in Iran since 2001. He’s now believed to be the terror group’s prominent leader.

But even under the AUMF, the Trump administration would have to stretch the meaning of the text to justify an attack on Iran, a country that directly didn’t participate in the 9/11 terror attack.

Pompeo’s comments about Iran came just days after the administration designated Iran’s Islamic Revolutionary Guards Corps as a foreign terrorist group, raising speculations that some military action against the regime is being planned.